Although they’ve been cloaked in a degree of mystery, Acid Arab is a Paris, France-based electronic music collective that has been receiving quite a bit of attention across the European Union and elsewhere for a sound that meshes Western electronic music, namely house and acid house, with Middle Eastern sounds and vocals; in fact, as a result of their crowd pleasing genre meshing sound, the collective has primarily made a name for themselves playing the European festival and club circuit over the past few years and for the release of several EPs through French label Versatile Records.

The collective’s much-anticipated full-length debut album is slated for an October release through Crammed Discs and the album’s first single “La Hafla” (which translates into English as “The Party”) features almost hip-hop-like vocals from Algerian vocalist Sofiane Saidi and pairs them with Middle Eastern instrumentation, wobbling and tumbling synths and enormous woofer rock beats that remind me quite a bit of the work of Omar Souleyman — but with a swaggering, club banging feel. 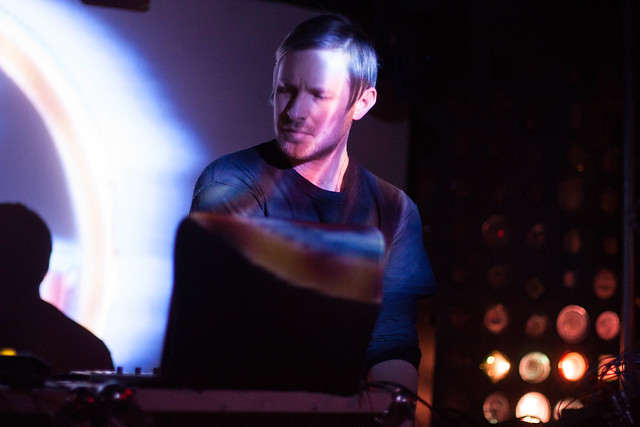 If you’ve been frequenting this site over the past two or three years or so, you may recall that I wrote about Colchester, UK-based electronic producer and multi-instrumentalist Dominc Gentry. Originally starting his career with his solo writing and recording project Attaque, the British multi-instrumentalist and producer has had a rather interesting career trajectory — he initially wrote and produced hard techno singles released to critically praise through some of the world’s renowned electronic music labels including Kitsune, Boys Noize, Turbo and others. However, with the release of his acclaimed full-length Only You — in particular, album single “Only You” — Gentry’s sound had gone through a decided change of sonic direction with his sound becoming breezily ethereal and atmospheric in a fashion that reminded me quite a bit of Octo Octa’s impressive Between Both Sides.

Gentry spent the better part of 2015 touring to support Only You — playing Secret Garden Party and London’s renowned club KOKO among countless others; however, after last November’s terrorist attacks in Paris, Gentry felt it was inappropriate to continue with the Attaque moniker and decided it was time for a new direction. And so he starts off 2016 with his latest project Light Falls.

“Prism” the latest single from the British producer pairs shimmering and bubbling cascades of synths with distorted and chopped up vocal samples and stuttering drum programming in a hyper-modern, sleek and sinuous club banger that reminds me quite a bit of the aforementioned Octo Octa’s Between Both Sides and Snap!‘s “Rhythm Is A Dancer,” as the song possesses a swooning Romanticism.

After the release of Grammy nominated album Hurry Up, We’re Dreaming and Platinum single “Midnight City” and two years of relentless touring across the world, Anthony Gonzalez the creative mastermind of M83 is set […]

Ronald Kaufman is a Los Angeles, CA-born and based producer and multi-instrumentalist, who began his solo electronic music recording project Kauf after his early experimental rock bands split up and a return back to his hometown. When Cut Copy‘s Dan Whitford released Kaufman’s critically applauded As Much Again through Whitford’s highly-regarded indie dance/indie electronica label Cutters Records, Kaufman quickly received international attention; in fact, Kaufman has toured with the likes of Cut Copy, Maribou State and others — and he’s remixed the work of Poliça, The Big Pink and Public Service Broadcasting and others.

His forthcoming full-length debut Regrowth reportedly will explore the small fractures that come about within one’s closest relationships — the ones that have long been there but have either been willfully ignored or conveniently missed until you recognize that you should try to repair it before it shatters to pieces before your eyes. And as a result much of the material also explores the related themes of denial and doubt but with a sense of hope — that you can actually get things right if you’re truly honest with yourself and about your motivations. The album’s first single “Through the Yard” sonically bears a resemblance to Zonoscope-era Cut Copy as the song possesses an ethereal tropicalia — shimmering synths are paired with sweaty, tropical beats and Kaufman’s plaintive and yearning vocals. In some way the song feels like a sweaty and lingering fever dream; the sort of fever dream that at its core possesses a palpable sense of regret and doubt.

KCPK is a French production and electronic music artist trio, who have have been making a name for themselves as pioneers of the Rémoise scene along with the likes of Yuksek, Brodinski and The Shoes, as well as their frequent collaboration with PANIK, a club night best known for hosting the likes of Groove Armada, Laurent Garnier and Amon Tobin. And adding to a growing international profile, the act has collaborated with the likes of Woodkid, The Chemical Brothers and Two Door Cinema Club.

Originally known for her work in electro pop projects Her Habits, Gemology and others, Toronto-born, Brooklyn-based singer/songwriter and electro pop artist Joanie Wolkoff has been a JOVM mainstay artist before striking out on her own last year with her solo recording project Wolkoff. In fact, 2015 was a very big year for the Canadian-born, Brooklyn-based artist — she collaborated with renowned electronic act The Hood Internet on “Going Back,” a single released to massive praise across the blogosphere, including several major media outlets, including Vice Noisey and Billboard — and as you can imagine resulted in a growing national profile for Wolkoff.

Interestingly, Wolkoff’s previously released work channeled the contemporary electro pop sound of acts like Beacon, Seoul (both of whom are also JOVM mainstays) and others — in other words eerily minimalist productions consisting of icy synth stabs and woofer and tweeter rattling bass paired with plaintive vocals. However, her ongoing collaboration with young, up-and-coming producer Icarus Moth, which started with the release of the Talismans EP has set the duo apart from the pack as Icarus Moth’s production reveals a deliberate and painterly approach. While drawing from contemporary electro pop and world dance music, the young producer has developed a reputation for pairing big beats, swirling electronics and lush layers of synths with medieval-sounding instrumentation in a way that evokes brushstrokes across a canvas — as you’ll hear on EP single “Curve Appeal,” and others.

Building upon the buzz the duo received last year, Wolkoff and Icarus Moth are set to release Wolkoff’s full-length debut Without Shame on April 15. Lyrically and thematically, the material on the album explores the role shame has in our lives and perhaps more importantly the possibility of sidestepping its grip on us through breaking rank and venturing into the unknown. And as a result, the material on the album may be among the most deeply personal — and yet profoundly universal — material she’s released to date. Without Shame‘s first single “The Homecoming” pairs big tweeter and woofer rattling bass with skittering drum programming, swirling and ambient electronics, Eastern-tinged instrumentation and Wolkoff’s coquettish cooing, and in some way the song possesses the dreamy and ethereal feel of Swedish dream pop — think of Moonbabies‘ excellent Wizards on the Beach and The Knife but subtly filtered through chip tune and old school house music. Thanks to its accessibility, the song manages to be both radio-friendly and club-friendly — but it also reveals Wolkoff and Icarus Moth’s collaboration to be one of the most unique sounding collaborations I’ve come across in some time.

Kine Sandbæk Jensen is a producer, multi-instrumentalist and electronic music artist, who has spent time in a number of musical project; however her latest solo recording project Pieces of Juno has Jensen exploring new musical territory. Her latest single “Valentine,” which she dedicates to “all the people who there who chose to be alone” and are “spending this day doing their own thing” pairs a gorgeous and cinematic melody created by chiming and shimmering synths with swirling electronics and tweeter and woofer rattling boom bap drum programming in a subtly Eastern-tinged production reminiscent of Icarus Moth‘s work with JOVM mainstay Wolkoff but with a house music sheen.

Over the past couple of years, Los Angeles-based, indie electro pop duo Pr0files have not only become JOVM mainstay artists, they’ve also developed a growing national profile for a sound that possesses elements of R&B, pop and electronic dance music — especially with the release of Call Yourself A Lover,”  and “Luxury.”

February 23 marks the release of the duo’s long-awaited and highly-anticipated full-length debut Jurassic Technologie and from the release of the album’s first three singles “I Know You Still Care,” Empty Hands” and “Like A Knife,” the duo’s material has revealed an urgent, insistent sensuality reminiscent of Giorgio Moroder‘s legendary work in the 1970s while at other times being incredibly anthemic in a way that owes a debt to 80s synth pop and more contemporary fare, such as Haerts and St. Lucia. Jurassic Technologie‘s fourth and latest single “Abuse U (Feel It)” pairs Sternbaum’s gauzy Quiet Storm meets 21st century production consisting of skittering drum programming, swirling electronics and layers of shimmering and cascading synths with Pardini’s sultry come hither vocals and brief bursts of guitar.  Sonically and lyrically the song sounds as though it draws from Prince‘s incredible 80s work — think of “I Will Die 4 U,” “When Doves Cry,” “Raspberry Beret,” and “Little Red Corvette” in particular, as the song may arguably be the most sensual and outright sexual song that the duo has released to date.

With the release of their 2011 self-titled debut, 2013’s Dynamics through renowned indie dance label DFA Records and their 2015 self-released remix album, Work For Hire, the NYC-based electro funk/neo-disco production and artist duo Holy Ghost!, comprised of […]