Today is the fifth day of Black History Month. And if you’ve been frequenting this site over the past few days of this month, you’d see that I’ve been featuring Black artists across a wide and eclectic array of genres and styles that I think can guide you towards understanding the Black experience.

Through the month — and throughout the year, I hope that you’ll come to understand and appreciate the following:

Black culture is American culture
Black music is American music.
Black history is American history.
America’s greatest and beloved contributions to the world are Black music styles — the blues, jazz, rock ‘n’ roll and hip-hop.
Black art matters.
You can’t love black art and black artists without loving black people.
Black lives matter — all of them, all of the time.

When Living Colour exploded into the scene with “Cult of Personality,” it was a mind-blowing revelation. I loved Metallica, Guns ‘N’ Roses, Tears for Fears and stuff like that as much as I loved Kid ‘N’ Play, Heavy D, Michael Jackson, Motown and everything else. As a boy, I knew I couldn’t be Metallica, Tears for Fears or any other white act — for obvious reasons. But with Living Colour’s original lineup, which featured brothers, who grew up and lived in the area, induing a guy from my dad’s old neighborhood — Hollis! — I could see myself in them. I could be those brothers, playing like that, if I wanted to. Much like Run DMC and LL Cool J, the members of Living Colour were gods in my eyes.

In my book, Living Colour has long been criminally underrated. Corey Glover has one of the greatest voices in rock. Vernon Reid is a fucking beast. And no sounded like them. They should have been like Soundgarden. But such is life.

True story, I briefly met Vernon Reid and Corey Glover after a show at Brooklyn Bowl. They were kind, generous and hilarious. But I never got to thank them for what they meant for me. So thank you, brothers. Thank you.

Certainly, if you’ve been frequenting the site over the past 12-18 months or so you’ve come across a handful of posts on Melbourne, Australia-based emcee REMI  and his producer and collaborator Sensible J. The duo rose to national prominence in their homeland with 2014’s critically and commercially successful  Raw X Infinity, an album that was named Triple J‘s Album of the Week and the Independent Hip Hop Album of the Year by the Australian Independent Record Association, a well as receiving international attention from OkayAfrica, JUICE, laut.de, NPR‘s All Things Considered among others. And adding to a growing profile, the duo were named “Australian Breakthrough Artist of the Year,” and followed that up with touring nationally and across both the UK and EU with Danny Brown, Vic Mensa, De La Soul, Joey Bada$$ and Damon Albarn.

Last year saw the release of the duo’s critically applauded sophomore full-length effort, Divas and Demons, which paired their strengths — an incredibly adept lyricist and storyteller, whose stories possessed an uncommonly earnest, soul-baring honesty and an incredibly dope and soulful producer, whose sound and production nods at the great J. Dilla, DJ Premier and others; in fact, you’d probably recall “For Good,” a charmingly coquettish love song in which its male and female narrators have misunderstandings, bicker and fight, cheat and drive each other insane in a youthfully dysfunctional relationship featuring a guest spot from Sydney, Australia-based poet, visual artist and singer/songwriter Sampa The Great rhyming and singing over a warm and soulful production that nodded at The Roots and Erykah Badu‘s “You Got Me;” “Substance Therapy,” the album’s second single featured Remi rhyming honestly about how drinking, drugging and womanizing as an escape from himself and his depression only managed to further mire him in depression paired with a production that emphasizes the rapid vacillation of self-loathing, self-doubt, fear, anger, and desperate escapism of the severely depressed; “Lose Sleep” was a deeply personal song that drew from REMI’s own experiences a mixed race man in Australia and in the world — and in some way, he wanted the song to be a message to other mixed race kids about that weird feeling of feeling as though you could never quite fit in; but that his experience and story, as of those of others matters in a much larger story; and the last single I wrote about “Contact Hi/High/I” featured REMI along with a guest spot from  Hiatus Kaiyote‘s Silent Jay rhyming and singing about what seems to be a permanent state of adolescence, which constantly validates itself through vice and excess.

Interestingly enough, this year marks Sensible J’s solo debut — and his first single “Fire Sign” is a a collaboration with his friends and frequent collaborators REMI and Sampha the Great, which features the two rhyming over a thumping and swaggering, soulful groove, reminiscent of the aforementioned J. Dilla, thanks to a production featuring twinkling keys, boom bap-like drum programming and a ridiculous, anthemic hook; in fact, in a playful turn, the trio pay homage to A Tribe Called Quest — and it shouldn’t be surprising because much like the legendary Tribe and De La Soul, the Melbourne-based trio specialize in an overwhelmingly soulful, thoughtful hip-hop, serving as a reminder that the genre and its practitioners have always been wildly diverse; after all, NWA, Tribe, De La, Public Enemy, Kid ‘N’ Play, MC Lyte and others all existed simultaneously. 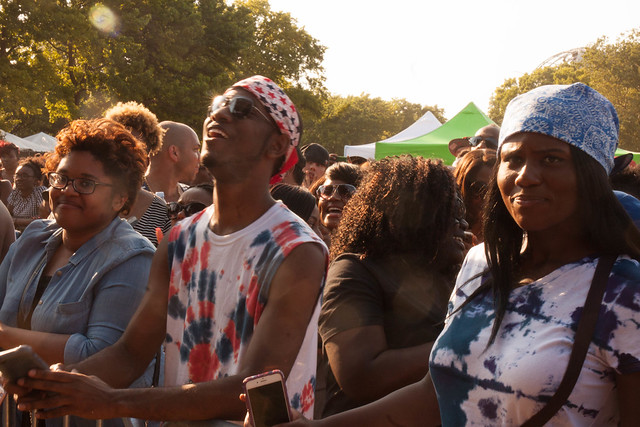