Back in 2016, the Toronto-based pop rock act Jane’s Party — comprised of Devon Richardson (bass, vocals), Tom Ionescu (guitar, vocals), Jeff Giles (keys, vocals) and Zach Sutton (drums)  — opened for Tom Odell during the singer/songwriter’s 2016 No Bad Days Tour across Europe. The experiences the band had while on the road wound up inspiring a set of home studio demos that would eventually become the backbone to their latest album Casual Island. As the story goes, after returning home, the members of the band called up producer Derek Hoffman, who’s known for his work with likes of The Trews, Arkells, The Elwins, Willa and others, to set up the recording sessions for their latest album.

Casual Island finds the band collaborating with a handful of acclaimed Toronto-based artists including DJ Skratch Bastid, BADBADNOTGOOD‘s Leland Whitty and Fast Romantics‘ Kirty and Matt Angus. “For the four of us, writing and recording music has always been a collaborative process,” the band’s Zach Sutton says in press notes. “Bringing in Skratch, Leland and Kirty is our way of expanding the family and getting fresh creative juices into the mix. Every collaboration has been a huge source of inspiration that challenges the way we approach music making.” The band’s Jeff Giles adds, “This album feels very personal to us, like we’re sharing that initial intimate experience when you’re first coming up with the song and recording it in your bedroom.”

The up-and-coming Canadian act, which has played with Arkells, LIGHTS, Blue Rodeo, Stars, The Trews, Sam Roberts Band, Lowest of The Low, Matt Mays, Tom Odell, Manic Street Preachers and Lord Huron recently released a re-imagined and subtly re-worked version of “Straight from the Heart.”  The re-worked version, which features Skye Wallace as a lead vocalist and backing vocalist manages to retain the original’s hook while being a slow-burning and ethereal fever dream that’s one part yacht rock, one part R&B and one part pop.

Interestingly, the reworked version finds the thematically content shifted a bit, with the song exploring love from balancing the excitement and mundanity of being with someone, and the compromise and empathy required to sustain any relationship whether romantic or plutonic. And as the band notes, the duet strives to evoke the feeling one should get, knowing that the little things in a relationship are ultimately there to teach us about the importance of empathy, love and partnership. 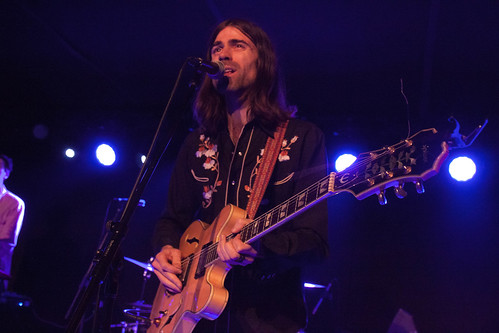