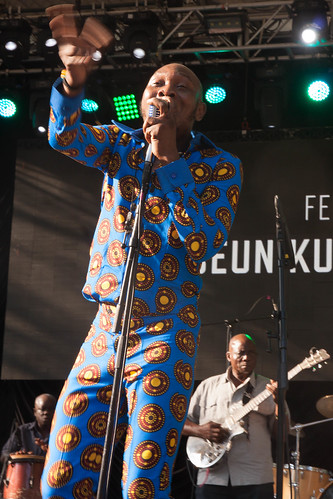 Comprised of Brooklyn-based musicians Elenna Canlas and Peter Mason, best known for their primary gig Underground System, the duo have stepped out into their own with a side project, Big Everything, which the duo have described as possessing a sound that’s “equal parts NYC club culture, freaky funk and R&B sty liens and electronic reckless abandon.”

The duo released their self-titled debut mixtape earlier this month and it features guest spots from Tierra Whack, Awkwafina, Bajah and others, and interestingly enough the mixtape has started to receive quite a bit of attention across the blogosphere. And when you hear the mixtape’s latest single “Killer Bee”you’ll see why, as the duo along pair enormous, blasts of enormous brass, boom-bap beats, stuttering drum programming, deft sampling, buzzing synths and an emcee spitting bars towards the song’s last third. Sonically and aesthetically speaking, the song manages to mesh several disparate genres — in particular, hip-hop, Eastern/Gypsy funk, funk, electronic dance music, brass bands and others — in a seamless fashion that only seems possible in a truly global world.

The Brooklyn-based collective of Underground System formed back in 2010, and when they originally formed their primary influences were the legendary Fela Kutii and the Western Africa/Afrobeat aesthetic. However, thanks to residing in one of […]