Currently comprised of Jon Davison (vocals), Steve Howe (guitar), Billy Sherwood (bass), Geoff Downes (keys) and Alan White (drums), the London, UK-based prog rock quintet Yes can trace their origins to when founding members Chris Squire (bass) and Jon Anderson (vocals) formed the band back in 1968. Much ink has been spilled throughout the band’s nearly 50 year run but what I will say that the legendary act has not only been pioneers of prog rock but they’ve also managed to be remarkably successful — 9 of the band’s 22 full-length albums have reached the top 10 in either the UK or US with two reaching number 1 in the UK. And the band has sold 13.5 million albums in the US alone. In the early 80s, Yes’ “Owner of a Lonely Heart” was a mega-hit song — and a song that I remember quite fondly as a child.

Now, if you’ve been frequenting this site over the past 13 months or so, you may recall that I’ve written about Berlin, Germany-based producer, electronic music artist and DJ Lennart Richter. Prolifically releasing a series of singles through renowned electronic music labels Sleazy G, East Project, G-Mafia Records, GUN PWDR, Ensis Records, Blue Dye, Mondal Recordings and others, Richter quickly developed a reputation across his native Germany and internationally for exploring the gamut of electronic music subgenres including deep house, G house, nu-disco and several others with a slick, crowd-pleasing, club-rocking production. And as a result, Richter can claim several Beatport Top 25 releases under his belt, and his last EP, Berlin Brawling landed at #10 on the Beatport Indie Dance/Nu Disco Charts.

The Berlin-based electronic music artist, producer and DJ closed out 2015 with the release of “Hold Up,” a nu-disco and house track comprised of layers of shimmering and cascading synths, propulsive drum programming led by explosive cymbal shots and a looped vocal sample that comes in and out of the haze. Sonically, the song reminded me quite a bit of Octo Octa’s “His Kiss” an “Please Don’t Leave” off his fantastic Between Two Selves — or in other words, it manages to possess both a bracing iciness and a thoughtful soulfulness. Richter builds on the success of the past year with the release of a remix of Yes’ “Owner of a Lonely Heart” that retains the vocal sample but pairs it with what sounds like ukulele, handclap-led percussion, swirling electronics and slowly cascading synths, which essentially turns the electro rock song into a slickly produced, densely layered, mid-tempo club banger — while retaining something of the song’s original feel and spirit. 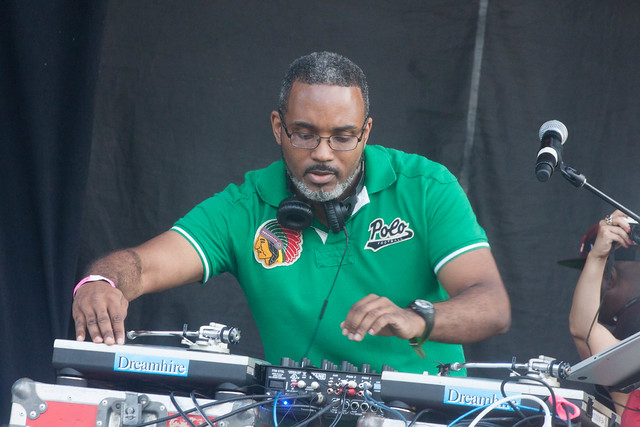 More than enough ink has been spilled on Run DMC and their legendary and influential careers and time together, as well as what they meant to expanding hip-hop from a mostly local and regional thing […]

As an unabashed child of the 80s, Depeche Mode holds as much of a place in my heart as New Order; after all, so much of their material has managed to be part of my life’s soundtrack. More than enough ink has been spilled throughout the act’s influential career, so delving into their biography is largely unnecessary. Interestingly, over the past 20 years, an in impressive and growing number of artists have covered, remixed and reworked Depeche Mode including Smashing Pumpkins, Deftones, A-ha, Monster Magnet, Scott Weiland, The Cure (yes, seriously, The Cure!), Tori Amos, Nada Surf, Linkin Park‘s Mike Shinoda, Breaking Benjamin, Royskopp, Placebo and more.

Comprised of Paris-born and London-based duo Axel Basquiat (composer, vocals, bass) and Vincent T. (production, sound engineering and keys), The Penelopes are an indie electro pop act, production and DJ duo who have developed a reputation for propulsive, Giorgio Moroder-like remixes of Lana Del Ray, Pet Shop Boys, We Have Band, Night Drive, The Ting Tings, Alt J  and a growing list of others, and for their own original material — which critics internationally have compared to Daft Punk, M83 and Air, among others. The Parisian-born, London-based duo add their names to a growing list of artists, who have covered Depeche Mode with their rendition of “Never Let Me Down Again,” which turns the slow-burning and moody industrial/goth song into a shimmering and anthemic, club-banger with a sinuous bass line and propulsive drum programming with Basquiat’s breathy baritone.  And although The Penelopes uptempo rendition is warmer and dance floor friendly, it retains the original’s sense of longing and desire.

Check out how The Penelopes cover compares to Depeche Mode’s original below.

Over the course of this site’s history, the profile, New York-based DJ, producer and remixer Rhythm Scholar has become a JOVM mainstay artist for a series of wildly inventive remixes, which featured his signature, genre-mashing, psychedelic-leaning sound packed with a number of obscure and recognizable samples throughout.  His latest work is a Girl Talk-like mashup that mashes two 80s mega-hits — Herbie Hancock‘s “Rockit” and Michael Jackson‘s “Bad,” that the producer, DJ and remixer has dubbed “Bad Rockit” which interestingly enough possesses a retro-futuristic and club banging feel and a larger-than-life, kick ass and name-taking swagger.

Over the past couple of weeks, I’ve seen an increasing number of Facebook friends around the country posting pictures of their children as they’re being sent off to school. Today marks the first day of […]