Those who know me the best know that I lead an insanely full life. I commute back and forth between my apartment in Queens and my full-time day job as an Acquisitions Editor at a downtown Manhattan-based book publisher, run this site on the side as a mostly full-time effort, participate in a radio segment that airs Fridays on Norway’s P4 Radio and on occasion I even have time for a social life. And if I had a 40-hour day, I’d probably squeeze in even more that I’d need to do or would like to do! As you can imagine, with all of those various and competing obligations it can be difficult to spend some time to actually sit down and write in a way that I’d like; but as a wise man once rhymed “the hustle don’t sleep.”

Last month, I was at one of Williamsburg’s newest and most intimate venues, National Sawdust to catch the highly-acclaimed duo Xylouris White along with the incredibly talented Northern California-born, Portland, OR-based guitarist Marisa Anderson. Now, if you’ve been frequenting this site over the past month or two, you may recall that Xylouris White is comprised of Comprised of Melbourne, Australia-born, New York-based drummer Jim White, who’s best known as a member of the internationally acclaimed instrumental rock act Dirty Three and for collaborating with an incredible list of equally renowned artists including PJ Harvey, Nina Nastasia, Cat Power, Bill Callahan a.k.a. Smog and others; and beloved Crete-born vocalist and laouto player Giorgos Xylouris, best known as the frontman of Xylouris Ensemble and the son of legendary vocalist and lyra player Psarantonis Xylouris. The duo’s collaboration together can trace its origins back to the early 90s when the renowned Cretan vocalist and laouto player was touring through Australia in the early 90s. At the time, White was a member of Melbourne, Australia-based avant garde rock band Venom P. Stinger, when he met and befriended the younger Xylouris. When White along with bandmates Warren Ellis (violin and bass) and Mick Turner (guitar and bass) formed The Dirty Three, Giorgios Xylouris would collaborate with the band whenever he and his Ensemble were in town. Interestingly enough, the members of The Dirty Three have publicly cited Psarantonis and Giorgios Xylouris as being major influences on their sound and approach.

Although White and Xylouris have known each other for more than 20 years, it wasn’t until 2013 when they decided that should collaborate together, and it was accelerated when White played with both Psarandonis and Giorgios Xylouris at an All Tomrorow’s Parties Festival, curated by Nick Cave. Unsurprisingly, the duo’s long-held mutual admiration has deeply influenced how they write and perform music – and in some way, it sounds as though the duo is dancing, as at any given point they could be accompanying or leading each other and at any given moment and their live sound reflects that same mischievous fluidity while drawing simultaneously from both contemporary and ancient folk; in fact, during their National Sawdust, Giorgios Xylouris sang the lyrics of a song based around a 14th century love poem in his native Greek and the although the majority of the audience didn’t understand the words, we could understand the ache and longing within the song, punctuated by White’s jazz-like drumming. Several other ballads throughout their set evoked the imagery of herders and farmers singing around campfires with friends and family, before passing on the instrument to the next person.

While watching the duo playing “Black Peak” off their recently released Black Peak album, the stomping and rollicking song took on an improvisational and jazz-like feel as you can see both musicians practically having a non-verbal conversation with each other – in which at any given point White or Xylouris will say to the other “now, it’s your turn.” “Hey Musicians,” took on a wildly, mischievous, almost danceable feel; in fact, off to the corner of the room, I saw a few people dancing and stomping about with a joyous ecstasy while the rest of the crowd was enraptured by the old pros, doing their thing with an effortlessly cool, self-assuredness while walking a tightrope between an elegantly simple beauty and a muscular forcefulness.

Northern California-born, songwriter and composer Marissa Anderson is a classically trained guitarist, who dropped out of college at 19 to walk across the country and eventually settle in Portland, OR, where she’s currently based. Interestingly, Anderson is a classically trained guitarist, who has honed her skills playing in country, jazz and circus bands, collaborating with Beth Ditto, Sharon Van Etten, Circus Des Yeux and others, and has written the scores to a number of short films.  With the release of her first solo efforts – namely, her 2009 debut The Golden Hour, 2011’s Mercury and 2013’s Traditional and Public Domain Songs Anderson has developed a reputation for a sound that channels the entire history of guitar-based music and stretches the boundaries of tradition, as many of her compositions are not only based upon the landscape of American music but attempt to re-imagine them as her work possesses elements of minimalism, electronic music, drone, 20th Century Classical Music, blues, jazz, gospel, country, folk and Americana – often simultaneously.

Anderson’s latest effort Into the Light has Anderson leaving the Appalachian folk and Delta blues that first won her attention from the likes of Billboard, Rolling Stone, NPR, Spin Magazine, Pitchfork and Wire among others – with Into The Light landing on Spin Magazine’s best of 2016 and her split LP with Tashi Dorji being named one of the best experimental records of 2015 by Pitchfork and The Out Door. Anderson’s latest effort Into the Light, has the composer and songwriting leaving Appalachia and the Delta Blues – with the album’s ten compositions written as though they were the soundtrack of an imaginary sci-fi/western in which she tells the story of a lost visitor wandering the Sonoran Desert. And as a result, the material on the album is naturally cinematic and anachronistic in a similar fashion to the night’s headliner – in the sense that the material manages to feel both contemporary and yet timeless.

Adding to a growing national and international profile, Anderson has made appearances at the Copenhagen Jazz Festival, Sweden’s Gagnef Festival, Fano Free Folk Festival, Le Guess Who and the Festival of Endless Gratitude, as well as opening for the renowned duo Xylouris White during their brief East Coast tour, a tour which also included a stop at National Sawdust last month.  Accompanying herself with only her guitar, Anderson’s set further cemented her reputation for material that went across both the breadth and length of American music – briefly touching upon early Delta blues, folk, murder ballads and country but a with a uniquely earthy and post-modernist take, while being deeply contemplative. She’s been known to perform a version of “House Carpenter,” a title given to most American derivatives of the British folk song “Demon Lover,” a song roughly about a woman, who takes up a lover, has an affair and leaves her husband and kid – only to discover that she’s fallen in love with a demon/Satan; however, Anderson’s rendition, as she explained before she played it was meant to consider the woman’s perspective, which not only humanizes the song’s main character, but manages to be pensive and lonely in a similar fashion to “Make Sure My Grave Is Kept Clean.” Interestingly, Anderson has frequently played a medley of both songs – and it shouldn’t be surprising as the narrators of both songs wind up dead and in some way plead for forgiveness, understanding, empathy through the years.

The material off Into the Light manages to evoke natural phenomenon – a song inspired by Anderson’s time in the desert, observing harshly swirling and howling winds can make you picture people huddling in from dust storms or sitting around a fire, just listening and thinking. It was a song that possessed an elegant and deceptive simplicity. And the entire time the crowd was enraptured by this woman playing instrumental compositions that could burrow deep into the earth, yearn and arch themselves heavenward or just focus on the simple joys of being happy and existing in a particular place in time. Simply put it was a fascinating night of old pros capturing a crowd and taking them in challenging, new sonic and thematic directions. 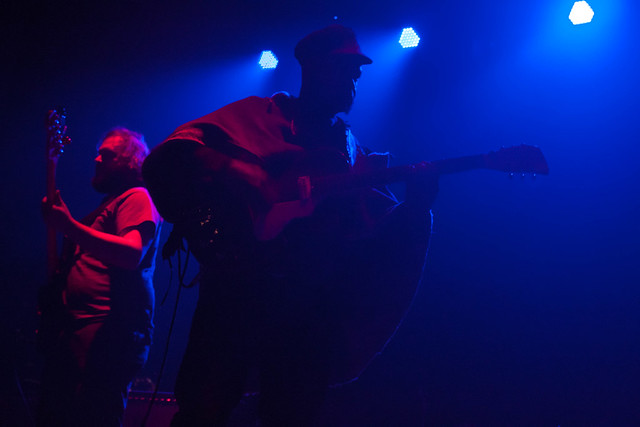 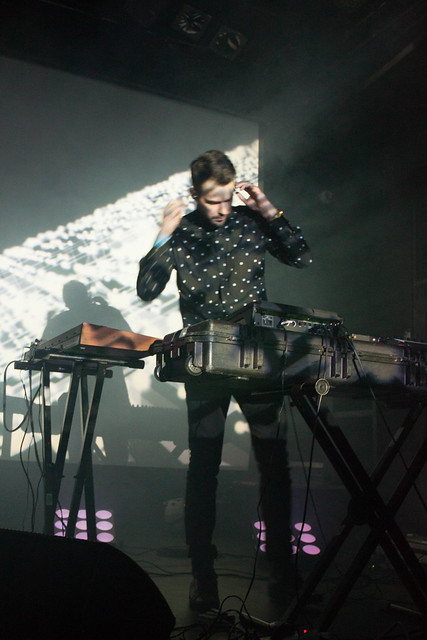 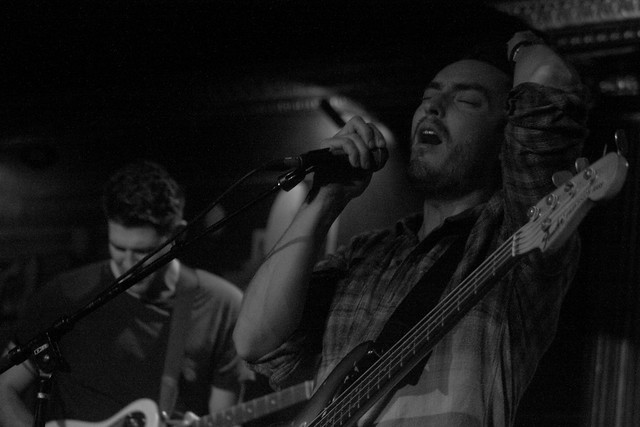