Mr. Green is a Brooklyn-based producer, who has received attention from Vice/Noisey, Complex and Netflix for his forward-thinking #LivefromtheStreets series. Building upon the buzz that he amassed from the #LivefromtheStreets series, the Brooklyn-based producer has teamed up with the legendary and iconic dub reggae pioneer, producer and singer Lee “Scratch” Perry on the recently released collaborative EP Super Ape vs. 緑: Open Door, an effort that finds the Brooklyn-based producer pushing his sound an approach even further while attempting to do something that had never been done before: a standard-length EP that cohesively meshes over 20 different genres and styles. The EP also features a diverse array of guests that includes The LOX‘s Sheek Louch, Daniel Son, Bad Brains’ H.R. and comedian Eric “Scratch” Andre. 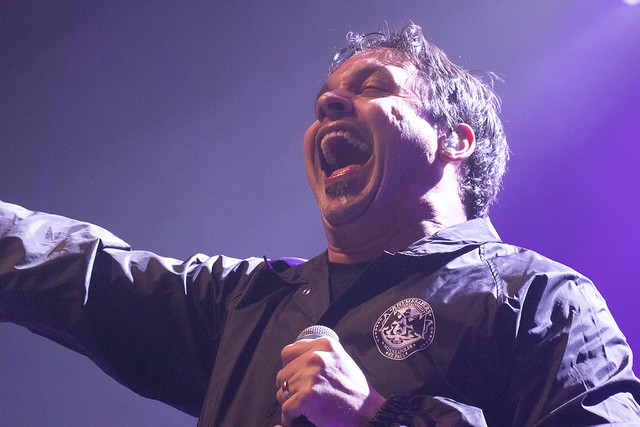 Throughout the bulk of this site’s almost 8 year history, I’ve written quite a bit about the Detroit, MI-based proto-punk/punk rock band Death, and as you may recall, the band which featured The Hackney Brothers — Bobby (bass, vocals), David (guitar) and Dannis (drums) — formed back in 1971, and initially they were an R&B and funk-based act  — until The Hackneys caught The Who and Alice Cooper live. As the story goes, after those concerts, David, the youngest of the siblings pushed his two older brothers towards a more hard rock-leaning sound; a sound that interestingly managed to presage punk, post-punk and the Afropunk movement while necessitating a name change. And from that point forwards the band went by Death. As Bobby Hackney famously explained in a 2010 interview that David’s concept was to spin death from the negative to the positive. “It was a hard sell,” Bobby Hackney recalled.

In 1975, the Hackneys went into Detroit’s United Sound Studios with engineer Jim Vitti to record a handful of songs written by David and Bobby, and according to the Hackney family Clive Davis funded the recording sessions; but while doing so, he had repeatedly implored and cajoled the band into changing their name into something more commercially palatable.  David refused, and his brothers while initially okay with a name change went along with their brother’s vision. Davis pulled out his financial investment, leaving the band with seven of the twelve songs they had planned to record. 1976 saw the extremely limited release of the “Politicians In My Eyes”/”Keep On Knocking” single, which was recorded during the United Sound Studios sessions and their full-length, which was released to very little fanfare.

By 1977, the Hackney Brothers decided it was time to end Death, and then relocated to Burlington, VT where they released two gospel rock/Christian rock albums in the late 70s and very early 80s as The 4 Movement. However, by 1982 David Hackney had returned to Detroit while Bobby and Dannis remained, eventually forming a reggae band Lambsbread. From what I understand there was a point where The Hackney Brothers had discussed reforming Death but unfortunately, David Hackney died of lung cancer in 2000. However, as the two surviving Hackney Brothers claim, David told them shortly before his death that although they were misunderstood and forgotten in their day, history would prove them and their work together as being truly revolutionary — but that it would mostly likely be after his own death. In a wild yet very true spin of serendipitous fortune that seems as though it were written by a screenwriter, Bobby’s sons had stumbled across the original Death masters hidden away in their parents’ attic, several years after David’s death. Bobby’s sons were impressed by their father’s and their uncles’ work that they began covering Death as a loving homage that began to receive attention both nationally and internationally.

As a result of the growing buzz around the band, Drag City Records, re-released Death’s original recordings in 2009, 35 years after its initial recording and release, and from those recordings the material proved David Hackney correct, revealing that Death’s sound and aesthetic managed to be 3 years ahead of the punk revolutionary while simultaneously playing an important role in Black music history, as they managed to fill in the gaps between Parliament Funkadelic, Bad Brains and Fishbone, while presaging the likes of Lenny Kravitz, TV on the Radio, Prince,  Unlocking the Truth and a list of others. Since the re-issue of their early demos and their full-length, Death with its current line up featuring the surviving Hackney Brothers — Bobby (bass, vocals) and Dannis Hackney (drums) with Bobbie Duncan (guitar), have had a documentary about their incredible story, released new material and spent time touring and playing on the festival circuit, including an incredible Afropunk Festival set, which has introduced the trio, their story and their sound to eager and appreciative new audiences.

Death’s latest single “Give It Back” was originally written by the band’s Bobby Hackney in 1979 and re-recorded last year but interestingly enough, the song concerns itself with persistent and troubling social and environmental issues that he saw almost 40 years ago, from increasing political, racial and social animus and disarray, global warming and the pollution of our water and air, and a growing sense that dreams and hopes you once had have been lies created by larger powers to keep you involved in a sick and demented system that exploits and destroys human lives and the only home we’ll ever know. The overall theme of the song is as you’ll hear in the lyrics “We’ve taken from this world, now it’s time to give it back” suggesting that there’s only one time to get it right, before we fuck it all up royally — and they pair that with a classic, Detroit rock ‘n’ roll groove that immediately brings The Dirtbombs to mind.

The Detroit, MI-based proto-punk/punk rock band Death can trace their origins back to when The Hackney Brothers — Bobby (bass, vocals), David (guitar) and Dannis (drums) formed the band back in 1971. Initially, they started out as a R&B and funk-based band — that is until The Hackneys caught The Who and Alice Cooper live. After those concerts, David, the youngest of the siblings pushed his two older brothers towards a much more hard rock-leaning sound, which interestingly enough presaged punk and post-punk and a name change — Death. And as Bobby Hackney explained in 2010, David’s concept was spinning death from the negative to the positive. “It was a hard sell.”

In 1975, the Hackney Brothers with engineer Jim Vitti recorded a handful of songs written by David and Bobby at Detroit’s United Sound Studios. And according to the Hackney family, Clive Davis funded the recording sessions but while doing so, had repeatedly implored that the band change their name to something more commercially palatable. When the Hackney’s refused, Davis pulled out, leaving the band with seven recorded songs instead of the planned for 12. By 1976, the band self released in an extremely limited run of just 500 copies, the “Politicians In My Eyes”/”Keep Obn Knocking” single, recorded from those sessions, followed by their full-length debut with very little fanfare.

By 1977, the Hackneys ended the band, and then relocated to Burlington, VT where they released two alums of gospel rock as The 4 Movement in the late 70s and early 80s. However, by 1982 David had returned to Detroit while Bobby and Dannis remained and eventually formed the reggae band Lambsbread. In 2000, David Hackney tragically died of lung cancer but reportedly before he had died David Hackney told his older siblings that although they were misunderstood and forgotten in their day, history would prove them and their work as Death as being truly revolutionary — even if it was after his own death. In a wild spin of serendipitous fortune that seems written by a screenwriter, several years after David’s death, Bobby’s sons had stumbled upon the original Death masters hidden away in their parents’ attic. And Bobby’s sons were so impressed by what they heard, that they began covering Death’s material during their own sets as a loving homage that began to receive attention both to them and their father’s and uncles’ work together.

Drag City Records, re-released Death’s original recordings in 2009, 35 years after its initial recording and release, and from those recordings the material managed to not just up hold up, but to reveal an important historical place both for American music history and for Black music history, as their sound, which effortlessly meshed reggae, proto-punk, metal and punk rock managed to presage the punk movement by 3 years while serving as a convincing bridge between Parliament Funkadelic and Bob Marley and Bad Brains, Fishbone, Living Colour, Lenny Kravitz, TV on the Radio, Prince and a growing list of contemporary acts that include Unlocking the Truth.

Since the re-release of their demos and full-length debut, the current lineup of Death featuring surviving brothers Bobby (bass, vocals) and Dannis Hackney (drums) with Bobbie Duncan (guitar) have had a documentary about their story, released some new material and spent a lot of time touring and playing some of the country’s largest festivals, including Afropunk Festival, introducing their sound and aesthetic to new audiences.

Death’s latest single “Cease Fire” will continue to cement the band’s growing reputations for pioneering sound that meshes punk, metal, funk and soul while being politically charged and urgent as the song features buzzing and crunching guitar chords and some impressive soloing, soaring synths and propulsive drumming and a sinuous bass line while being politically charged — and in particular, their sound and thematic concerns clearly presages the likes of Living Colour and Fishbone, some 10-15 years before they began playing. As the members of the band explain, their newest single “is a continuation of the social conscious voice that Rock ‘N’ Roll music states to all people. If John Lennon were alive in this world today, we are sure he would echo the same sentiments, because we first have to put the guns down and stop the senseless shooting so we can ‘Give Peace A Chance.'”

Afropunk Festival Commodore Barry Park, Fort Greene, Brooklyn August 23, 2014 As I mentioned in a previous post, throughout the bulk of JOVM’s history, I essentially ran the site full-time and as a side project, […]