And honestly, when I started this site, I couldn’t have imagined three-quarters of the things I’ve done and experienced over JOVM’s history to ever happen.

JOVM turned 10 in June 2020. And during the middle of the very worst of the pandemic, things seemed — understandably — bleak. And although we’re slowly managed to claw our way back to a degree of normalcy, in which gathering together can happen, things across the music industry still seem rather bleak: Touring has always been a big financial risk for musicians but COVID-19 has made it even more complicated, because musicians are out there risking their health and lives — because they need to make money to live.

We’re all trying to figure out how to maneuver in a new, confusing and uncertain landscape that may well be with us for an indefinite period of time. But with these past 12 years under my belt, I have no intentions of going anywhere.

I strongly believe that I’ve managed to carve out a unique spot in the blogosphere, a place that I feel is desperately necessary because both the music and media worlds are often so incredibly homogenous. Someone out there has to do something different. And representation in every aspect matters. So in many ways, this has to continue.

As I do every month, I want to thank the following folks and organizations. Without them this past few years — and especially this year — wouldn’t have been remotely possible:

All of those folks have been generous Patreon patrons. Of course, feel free to check out the Patreon page: https://www.patreon.com/TheJoyofViolentMovement. And if you’re able to support, your support will be greatly appreciated and continuously shouted out. Any amount really helps. Seriously.

I must thank the folks at Creatives Rebuild New York. I’m relieved, proud and humbled to be included in their Guaranteed Income for Artists program. The money I’ll receive over the next 18 months will be put to good use — keeping this little dream of mine going. I don’t think there’s enough words to thank them — or to show how grateful I am. (I’ll keep trying, of course!)

There are other ways you can support.

You can also support by checking the JOVM shop: https://www.joyofviolentmovement.com/shop

You can also support my following me on the following platforms:

And you can hire me for headshots, portraits and events. Seriously, I’m available for that, too. You can click here: https://www.photobooker.com/photographer/ny/new-york/william-h?duration=1?duration=1# or you can contact me directly.

Initially starting her professional career as a member of The Polyphonic Spree and as a touring member of Sufjan Stevens’ touring band, the Tulsa-born, New York-based singer/songwriter and multi-instrumentalist Annie Clark stepped out into the limelight as a solo artist and frontperson with her acclaimed project St. Vincent. Since the release of 2007’s full-length debut Marry Me, Clark’s work has continued to grow in stature and complexity with her self-titled fourth album winning a 2014 Grammy for Best Alternative Album, making her only the second female artist to ever win in that category.

Along with her work as a solo artist, Clark has collaborated with the legendary David Byrne on 2012’s Love This Giant, performed with the living members of Nirvana at the 2014 Rock and Roll Hall of Fame induction ceremony and da 2019 Grammy Awards duet with Dua Lipa.

Clark collaborated with co-producer Jack Antonoff on 2017’s critically applauded, smash hit album MASSEDUCATION, an album that landed on both the US and UK Top 10 Charts while landing at #1 of the Best of 2017 list of The New York Times and The Guardian — and placing high on the Best of 2017 lists of The AV Club, Billboard, Entertainment Weekly, Mashable, New York Daily News, NME, Paste, Pitchfork, Q, Stereogum, USA Today and a length list of others. 2018’s MassEducation found Clark collaborating with pianist Thomas Bartlett: Recorded over two nights in August 2017, the effort found Clark stripping back MASSEDUCATION’s material to its bare bones, revealing the vulnerable and earnest songwriting at their core.

MASSEDUCATION’s title track won a Grammy for Best Rock Song with the album winning another Grammy for Best Recording Package in 2019. As she was celebrating an enviable run of critical and commercial success, Clark’s father was released from prison. Clark began writing a new batch of materials which would become her soon-to-be released seventh album, Daddy’s Home. Daddy’s Home thematically closes the loop the loop on a journey that began with her father’s incarceration back in 2019 — and it ultimately led her back to the vinyl records her dad had introduced her when she was child — the gritty and sleazy rock records written and recorded in New York between 1971-1975.

Interestingly, Daddy’s Home’s latest single, “Down” is centered around a groove that’s simultaneously sultry and anxious with the track evoking images of the legendarily sleazy New York: in this case, a coke and booze fueled bender that starts at the local bar, features a stop at CBGB’s or Max’s Kansas City to see Blondie or Ramones before heading off to Studio 54. Warhol is somewhere in this picture, right? Now, while some critics have compared the album’s overall aesthetic and sound to Young Americans-era Bowie and Prince, “Down” to my ears reminds me more of Station to Station and Lodger-era Bowie. It’s far more anxious and murkier with a bit of menace seeping through.

With the release of their critically acclaimed EP, 2018’s Distance is a Mirror, the New York-based New Wave/post-punk quartet Public Practice — founding duo Sam York (vocals), Vince McClelland (guitar) with Drew Citron (bass, vocals, synths) and Scott Rosenthal (drums, production) — received attention nationally and across the blogosphere for a reviving the spirit and vibe of the late 70s New York scenes with a sound that draws from No Wave and disco centered around punk, avant-garde flourishes, pop song structures, slinky rhythms and groove-driven hooks.

York and McClelland have been creative partners for several years before the formation of Public Practice and through their long collaboration, they’ve developed an anarchic perspective that challenges the traditional notion of what a traditional song should do and what it could be. Citron and Rosenthal have a decidedly pop leaning sensibility. But instead of the contrasting styles and approaches clashing, they’ve found a way to challenge and complement each other — and the end result, the New York-based act’s highly-anticipated, full-length debut Gentle Grip is built around spiraling tensions.

Slated for a May 15, 2020 digital relate and a June 26, 2020 physical release through Wharf Cat Records, Gentle Grip thematically explores ideas about navigating through the acts of creation, relationships and capitalism. And as we all know, in our daily lives, each of those things are at uncomfortable conflict, but at the end of the day, we have to figure out a way to be true to ourselves.  Interestingly, the album’s third and latest single, the slinky, disco banger “My Head.” Centered around a sinuous bass line, a soaring string arrangement, four-on-the floor drumming and an infectious hook the song manages to recall Blondie, Talking Heads and Donna Summer — and because the world at the moment is so bleak, it’s an even more of an escapist fantasy of strobe light and dancing fear and pain away.

Directed by the band’s Sam York, the recently released video features a collection of dancers, who are isolated in their own little world, dancing to the song’s sultry, dance floor friendly grooves. “The video shoot for ‘My Head’ was Public Practice’s last social activity before we went into quarantine here in NYC — the final dance!” the band’s Sam York recalls in press notes. “Josie and Jon, who edited the video, were the last two people I saw, passing off the hard rive with the footage and walking home, listening to the news, not knowing that I would be spending the next month and then some inside my apartment in social isolation. With lyrics ‘I don’t want to waste my time / I don’t want to fade away’ combined with the visual of the dancers, each isolated in their own little world, the song and video feel strikingly relevant for these strange times. This video was created on the eve of isolation, edited entirely in isolation and is now coming to you while many of us are still stuck at home, but hopefully now we’re all dancing. ”

Initially formed in 2007, as the solo recording project of Melbourne, Australia-based DJ and producer Benjamin Plant, Miami Horror eventually expanded into a full-fledged band with the addition Josh Moriarty (vocals, guitar), Daniel Whitechurch (bass, keys, guitar) and Kosta Theodosis (drums) — and with the release of 2008’s Bravado EP, 2010’s full-length debut Illumination and 2015’s All Possible Futures, the band established a sound that drew from Prince, New Order, Todd Rundgren and Pink Floyd, combined with contemporary electronic production techniques, including house and electro pop. Interestingly, the act’s most recent recorded output, 2017’s The Shapes EP was a decided change in sonic direction with the band’s sound being indebted to 80s pop and New Wave — in particular, Talking Heads, Blondie and the like.

Two years have passed since the acclaimed Australian indie electro pop act has released material and the act’s latest single, “Restless” finds the project returning to its collaborative and production-based roots. Plant champions this return to his roots as Miami Horror’s new incarnation. “The Shapes was always meant to be a one-off conceptual project, so once that was complete I began moving back towards the original creative process that Miami Horror started with; a simpler approach to production and a continued emphasize on outside vocalists.” Plant says. “For me, music has always been about completing a vision and trying to make something stand out. Allowing outside collaboration really opens me up to complete that vision without being restricted to my own skill set.”

Interestingly, “Restless” is a breezy and summery track centered around shimmering synths, Nile Rodgers-like funk guitar, hi-hat led drumming and a plaintive and sultry vocal contribution from Kevin Lavitt. And while retaining the slick, dance floor-friendly electronic production that has won Plant international acclaim, the song sounds indebted to 80s Quiet Storm R&B — in particular Cherelle’s “Saturday Love,” and Mtume’s “Juicy Love” immediately come to my mind, as the song has a similar sophisticated sexiness to it. “I love putting two people in a room that wouldn’t normally work together and seeing what comes of it,” Plant says of his collaboration with Lavitt.

Directed by Keenan Wetzel, the recently released sepia-toned video for “Restless” features an assortment of quirky characters coming together for tennis training and some meet-cute lust — before ending with a menacing and suggestive air. “When I heard ‘Restless’ I was struck with a nostalgic feeling of starting out a relationship; those first feelings of anxiety coupled with the uncertainty whether or not the attraction is mutual,” Keenan Wetzel says of his video treatment. “I wanted to take these familiar feelings and add Miami Horror’s style to create a bright but strange world for these young people to find each other. I have always been interested in 1970’s culture and how people turned to communities, often ritual-based, to find a sense of belonging. So the idea for the ‘Restless’ music video was to put a pair of young people into a tennis playing community where they were looking for meaning. Only, instead of finding purpose in this community, they find each other, which leads to both love and realization that the nature of the community was not going to give them any more sense of belonging.” 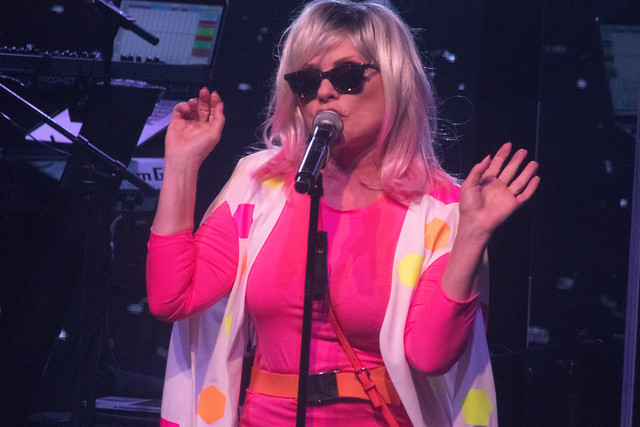 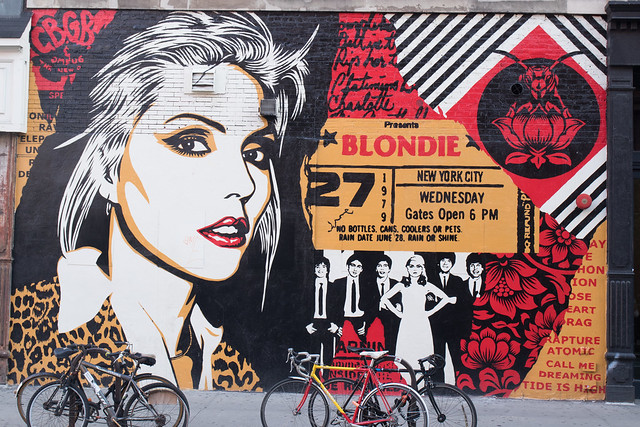