Comprised of core and founding members Charlie Hickey (guitar) and Andrew McCarty (drums), the New York-based alt rock act The Soft Underground formed back in 2010, and unsurprisingly the act’s core members quickly began to write, perform and record their own original music. Their creative process typically would have the duo writing and perfecting the instrumentation and arrangements, and then they would cast a guest vocalist, who would work perfectly for each song. Some of their collaborators have included Star & Micey’s Nick Redmond, The StoneCoats‘ Brannon Barnett, Lucero‘s, The Afghan Whigs‘ and Hank Williams, Jr.‘s Rick Steff, and the result was a highly accessible yet unique debut album Lost in Translation, which was released in 2015 to praise from The Big Takeover, Music Street Journal and airplay from Alt Nation.

Slated for a July 27, 2018 release, the duo’s sophomore effort Morning World reportedly finds the duo writing what may arguably be their most personal album to date while continuing their penchant for eclectic variation. As the story goes, the duo spent the past two years laboriously working on the album, doing everything they could to ensure that they expanded their sound and songwriting in new directions; in fact, Morning World‘s latest single “Rachel,” is centered around scuzzy power chords, a propulsive rhythm section and a mosh pit friendly hook that will remind some listeners of mid 90s alt rock — in particular, Deftones, Stone Temple Pilots, Foo Fighters, and In Utero-era Nirvana but with a clean, hyper modern production sheen. 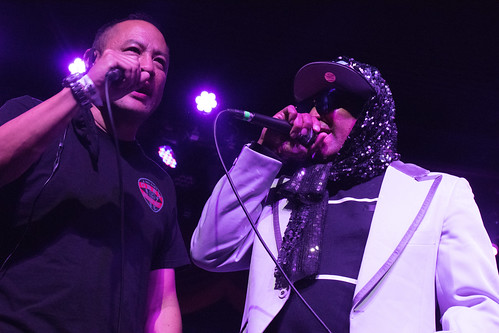 Fronted by 23 year-old Jacob Duarte, the Houston, TX-based indie rock trio Narrow Head has quickly developed a reputation for a sound that draws from 120 Minutes-era alternative rock, as it simultaneously possesses elements of grunge and shoegaze — and considering that the band suggests acts like Hum, Deftones, Failure, Swirlies and My Bloody Valentine as influences, that shouldn’t be surprising.

Recorded at the end of last year, during recording sessions intended for their next full-length album, the Houston-based trio’s latest single “Bulma” will further cement the trio’s reputation for a decidedly 1990s sound, as they firmly add their names to a growing list of contemporary bands, who have brought back a familiar and beloved sound with a subtly modern twist, like Dead Stars and others.

The band is currently on a West Coast tour. Check out the tour dates below.

Belovedx is a mysterious Toronto, ON-based electro pop act, that specializes in a sound that they described to me as dark, melodic pop/electro pop with an alternative edge, along the lines of Banks, The Neighbourhood, Travis Scott, 6lack, Deftones and Marilyn Manson among others — and with “Higher,” off their latest effort, Love x Songs, the act’s sound manages to reveal both a slick and contemporary electronic production featuring slick, yet rousing hooks paired with boom-bap drum beats,  cascading layers of shimmering synths, plaintive vocals. But just underneath the surface is a swooning Romanticism.

As an unabashed child of the 80s, Depeche Mode holds as much of a place in my heart as New Order; after all, so much of their material has managed to be part of my life’s soundtrack. More than enough ink has been spilled throughout the act’s influential career, so delving into their biography is largely unnecessary. Interestingly, over the past 20 years, an in impressive and growing number of artists have covered, remixed and reworked Depeche Mode including Smashing Pumpkins, Deftones, A-ha, Monster Magnet, Scott Weiland, The Cure (yes, seriously, The Cure!), Tori Amos, Nada Surf, Linkin Park‘s Mike Shinoda, Breaking Benjamin, Royskopp, Placebo and more.

Comprised of Paris-born and London-based duo Axel Basquiat (composer, vocals, bass) and Vincent T. (production, sound engineering and keys), The Penelopes are an indie electro pop act, production and DJ duo who have developed a reputation for propulsive, Giorgio Moroder-like remixes of Lana Del Ray, Pet Shop Boys, We Have Band, Night Drive, The Ting Tings, Alt J  and a growing list of others, and for their own original material — which critics internationally have compared to Daft Punk, M83 and Air, among others. The Parisian-born, London-based duo add their names to a growing list of artists, who have covered Depeche Mode with their rendition of “Never Let Me Down Again,” which turns the slow-burning and moody industrial/goth song into a shimmering and anthemic, club-banger with a sinuous bass line and propulsive drum programming with Basquiat’s breathy baritone.  And although The Penelopes uptempo rendition is warmer and dance floor friendly, it retains the original’s sense of longing and desire.

Check out how The Penelopes cover compares to Depeche Mode’s original below.

Inspired by D’angelo, Deftones, Travis Scott, TLC and others, up-and-coming Lancashire, UK-based R&B artist and producer Sb has received attention across the European Union with the release of his debut single “Woman” And once you […]