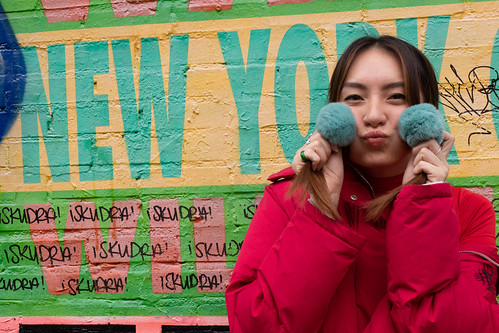 Sophie Nicole Ellison is a London-based singer/songwriter, multi-instrumentalist and studio engineer, who has spent the past few years playing drums for a number of local bands and working as as studio engineer. During that same period of time, Ellison began writing material for her solo, dream pop recording project HUSSY.

Since October, Ellison has released three singles that have received praise from the likes of DIY Magazine, So Young Magazine, The Line of Best Fit and Clash Magazine. Adding to a growing reputation as one of the UK’s most exciting and promising alt pop/indie rock acts, Ellison has opened for the likes of FEELS and Lala Lala — and she will be playing the second annual New Colossus Festival in March 2020.

Interestingly, Ellison’s latest HUSSY single “YLMD” is a moody. decidedly hook-driven, New Wave-inspired, shimmering take on dream pop that — to my ears — brings JOVM mainstays Amber Arcades, Gothic Tropic, and Too True-era Dum Dum Girls to mind. And much like those acts, “YLMD” finds Ellison pairing earnest and ambitious songwriting with a slick, radio friendly,  studio sheen. “I really wanted to up what I’ve been doing sonically,” Ellison explains in press notes. “Before now I’d been recording nearly everything at home but went to a proper studio to redo some elements from the original home demo.”

“I could almost say at this stage it has become a love letter to self-empowerment and things going wrong,” the rising British singer/songwriter, multi-instrumentalist and studio engineer says of her latest single. “You can guess once you hear the lyrics, YLMD stands for You Let Me Down. I wrote it a few years ago and feels like it’s almost taken on a new meaning for me now than when I wrote it.

“Originally it was the frustration over seeing loved one’s self-destruction. Ultimately though, it’s a journey of reflection and self-empowerment.”

Adds Ellison, “This song has become a remind of how important trusting yourself is to me.”