The first two weeks of Spring and of the astrological sign Aries is rather auspicious for music — Aretha Frarnkin, Diana Ross, Elton John, Damon Albarn, Lee “Scratch” Perry are all among an incredibly talented and legendary array of artists who were born between March 21-March, 31. Of course, we can’t forget Mariah Carey, who turns 52 today.

Carey is the voice of a ridiculous amount of smash hit songs — many which I know deep in your soul you love, and will happily sing along to in the shower or while doing karaoke. Personally, I’ve always adored her cover of The Jackson 5’s “I’ll be There.” So, to that end, Happy birthday, Mariah. May there be many, many more!

Yesterday was the legendary Lee “Scratch” Perry’s 85th birthday. And what better way to show love and respect to the beloved creator of dub than with some live footage of the man doing his thing –= with the energy and verve of someone half of his age.

Happy birthday, Mr. Perry! May there be many more.

Mr. Green is a Brooklyn-based producer, who has received attention from Vice/Noisey, Complex and Netflix for his forward-thinking #LivefromtheStreets series. Building upon the buzz that he amassed from the #LivefromtheStreets series, the Brooklyn-based producer has teamed up with the legendary and iconic dub reggae pioneer, producer and singer Lee “Scratch” Perry on the recently released collaborative EP Super Ape vs. 緑: Open Door, an effort that finds the Brooklyn-based producer pushing his sound an approach even further while attempting to do something that had never been done before: a standard-length EP that cohesively meshes over 20 different genres and styles. The EP also features a diverse array of guests that includes The LOX‘s Sheek Louch, Daniel Son, Bad Brains’ H.R. and comedian Eric “Scratch” Andre. 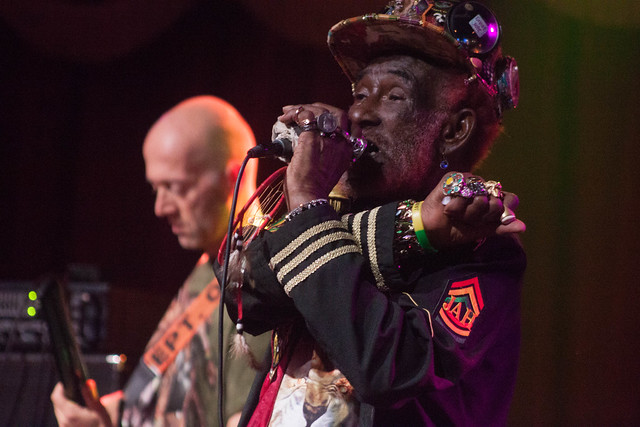 Perry turned 80 in March, and remarkably the man has managed to remain youthful, vital, challenging, forward-thinking, innovative, eccentric and imitable as ever as over the past decade or so he’s collaborated with the likes of The Beastie Boys, The Orb, Felix Da Housecat and several others while keeping a fairly busy touring schedule.

The reggae legend returns for the annual Dub Champions Festival at Brooklyn Bowl and this year’s appearance continues Perry’s continued tour with Subatomic Sound System to celebrate the 40th anniversary of the release of Super Ape — and to celebrate the legend’s 80th birthday. Of course, in honor of that occasion check out some live footage of the great and incredibly eccentric Mr. Perry.

If you’ve been frequenting JOVM over course of its history, you may recall coming across several posts on Brooklyn-based quintet Super Hi-Fi, who were something of a mainstay act on this site back in 2012. The core members of the band led by Ezra Gale (bass) features Rick Parker (trombone). Jon Lipscomb (guitar) and Madhu Siddappa (drums) can actually trace their origins to a rather unlikely start. Gale, who was a founding member of the acclaimed San Francisco-based Afrobeat act, Aphrodesia had relocated to Brooklyn and was collaborating with Quoc Pham in Sound Liberation Front when Gale was asked to get a band together for Pham and Gale’s then-monthly Afro-Dub Sessions parties in Williamsburg. The parties would pair the live band with several top-name dub producers and DJs including Victor Rice, Prince Polo, Subatomic Sound System, the Beverley Road All-Stars and others.

With the release of their critically applauded debut effort, Dub to the Bone released through Electric Cowbell Records in 2012, the Brooklyn-based quintet won quite a bit of attention locally and nationally as they’ve played renowned local venues such as the Mercury Lounge, the now-closed Zebulon and Brooklyn Bowl and have opened for nationally known acts including Rubblebucket, Beats Antique and John Brown’s Body. Over the past couple of years, Super Hi-Fi have recorded and released two 45s on Electric Cowbell, a split 7 inch with Ithaca, NY-based act Big Mean Sound Machine through Peace and Rhythm Records and  Yule Analog, Vol 1.,  a dub-inspired take on Christmas standards.

Super Hi-Fi’s soon-to-be released new album Yule Analog, Vol. 2 picks up on where Yule Analog, Vol 1. left off  — with dub-inspired takes on another batch of holiday classics and a holiday-inspired original dub composition. Featuring contributions from renowned trombonist Curtis Fowlkes, best known for his work with The Lounge Lizards, Bill Frisell and Charlie Hunter; Mitch Marus, best known for his work with Donovan, The Dean Ween Group, and Aphrodesia; as well as Adrian Harley and Alex Castle, who collaborate with Gale in the old school groove project, The Get It. And much like their previously recorded effort, Prince Polo took up production duties, recording the material on analog tape and mixed the album using vintage reverb and tape delay units — in the fashion of legendary dub masters King Tubby and Lee “Scratch” Perry.

Yule Analog Vol. 2′s latest single, which I have the unique privilege of premiering here is a trippy, dub rendition of an old time Christmas classic “O Come All Ye Faithful” which features the trombone-led compositions that won the attention of the blogosphere — the trombone gives the song a regal, old-timey feel while the reverb and bass heavy dub pushes the song towards a funky shoegazer territory. It’s a sunny and playful rendition of an extremely familiar song that puts a completely different spin on it.

If you’ve been frequenting JOVM over the past two months or so, you’d know that I’ve been experimenting with a monthly Spotify playlist, which features the songs I’ve reviewed throughout the past month, as well as the songs I’ve mentioned as references or influences. It should create an extremely eclectic and extensive playlist, and can sever as a way for you to catch up on the past month. In fact, this month we start off with the legendary Lee “Scratch” Perry, cover punk rock, indie rock, indie electro pop and more, before we end with the Danish indie electro pop duo, Reptile Youth.

Of course, there are a few occasions where some songs aren’t available as of the time of posting — and there’s a chance you might see them later on in the process. But in the meantime, check it out; it’s the perfect way to catch up with the goings on over the month. 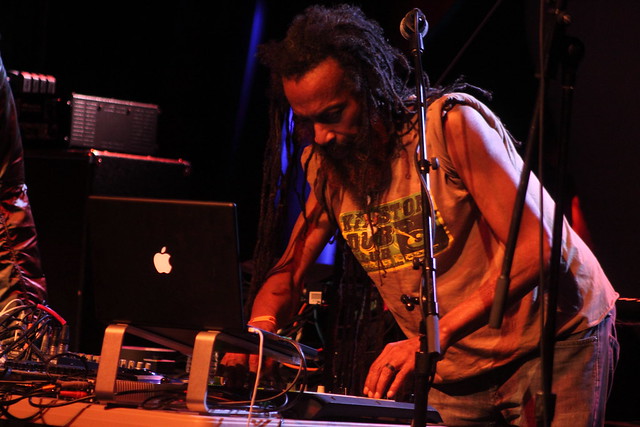 Over an incredibly prolific and lengthy 50-plus year career as a producer, artist and record label exec, much ink has been spilled over the legendary and influential Lee “Scratch” Perry, which would make delving deep […]