Like countless other musicians, multi-instrumentalist and singer/songwriter Knox White relocated to Los Angeles to pursue a music career — and to support himself, White began working as a bartender. In a serendipitous turn of fate, Lionel Ritchie was one of his regulars, and after some time, Ritchie became a kind of mentor to the aspiring musician, giving advice and sharing stories about being on the road. The one thing that struck a deep chord with White was when Ritchie told him “Don’t sell your soul to the devil to get success in the music business. Stay humble and treat everyone like they are your friend.” On another night, Paul McCartney stopped by, and McCartney told him stories about The Beatles and Jimi Hendrix. Towards the end of the night, McCartney told him that a musician with an incredible live show is a musician with super powers, and the legendary Beatle told him, “Get amazing first, and everything else will fall into place.”

Eventually, White relocated to New Orleans, arguably one of the country’s richest musical environments — and unsurprisingly, he immersed himself in the city’s music scene, playing everything from gospel to jazz; in fact, as the story goes, White was immediately hired to play guitar at the Household of Faith Church, playing alongside some incredibly accomplished musicians, who took him under his wing, introduced him to other musicians, which lead to ton of gigs.  He found himself playing at clubs across the city playing and mastering gospel, blues, calypso, jazz and contemporary fare until the early morning. And naturally, while exhausting, White felt reinvigorated, returned to Los Angeles, where he began collaborating with producer Josh Legg, best known as Goldroom, and began writing fusing the skills and knowledge he gained while in the Crescent City and his influences — Prince, Michael Jackson, Jimi Hendrix and Tame Impala.

White’s self-titled, debut EP is slated for release in July, and the EP’s first single “You’ve Been My Girl” is a sleek and slickly produced track that owes a tremendous debt to 80s synth funk  (i.e., Oran “Juice” Jones‘ “The Rain,” Cherelle’s “Saturday Love” and others) and Prince, thanks to some impressive guitar pyrotechnics throughout; but interestingly the song finds the narrator calling out a love interest for being indecisive and playing with his emotions. Certainly, we’ve all been there before. 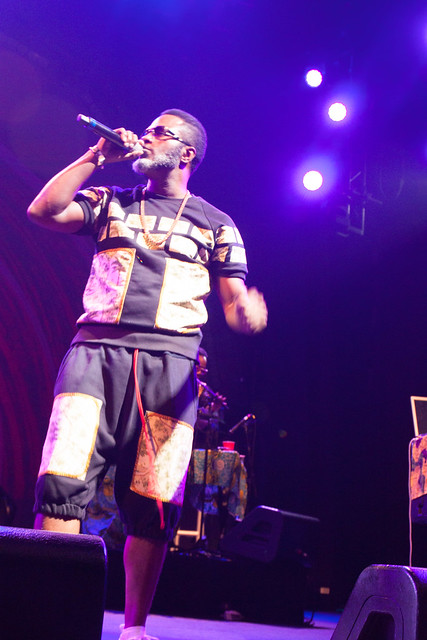 Comprised of Superhumanoids‘ Sarah Chernoff, Kisses‘ Jesse Kivel, and Classixx‘s Michael David, Mt. Si is a collaborative side project that can trace its origins to when David and his bandmates in Classixx were working on their first album. As the […]

I’ve been a bit under the weather over the past day-day-and-half or so with a nasty cold and a sore throat, and as a result things have been much slower going than normal for me; in fact, I’ve spent a good part of today in bed, watching episodes of Law and Order, Killer Instinct with Chris Hansen and Forensic Files and texting friends  throughout the course of Winter Storm Juno. But as I’m writing this post, I feel good enough to sit up in my bed with my Macbook, go through several emails and write a post or two. After all, I do feel a duty to you dear friends.  . .

Comprised of Superhumanoids‘ Sarah Chernoff, Kisses‘ Jesse Kivel, and Classixx‘s Michael David, Mt. Si is a collaborative side project that can trace its origins to when David and his bandmates in Classixx were working on their first album. As the story goes, the trio of Chernoff, Kivel and David had been writing songs that were meant to appear on Classixx’s debut album. “Mike and I wrote a track that I was supposed to sing,” Kivel explains in press notes, “but Sarah came in and stole the show, From there we realized that we had good chemistry as a trio, writing and producing in a subtle, refined way.”

“Either/Or” is the trio’s breezy and summery debut single and the song pairs a production consisting of skittering drum programming, shimmering and cascading synths and keyboards with Chernoff’s ethereal cooing floating over a two-step worthy mix. Sonically, the song channels early 80s synth pop and funk; in fact, I’m somehow reminded of a breezier versions of Patrice Rushen‘s “Forget Me Nots” and Oran “Juice” Jones’ “The Rain” — but with an urgent and plaintive sense of longing just below its shimmering surface.

New York-based emcee, producer and DJ Tecla has developed a sound that manages to contain elements of hip hop, pop music, Tropicala, Caribbean music (such as soca and calypso) and funk. Her second album We […]

As I mentioned in an earlier post, French Horn Rebellion collaborated with Jody Watley on their forthcoming EP, Love Is Dangerous, and also on that Chrome Canyon remixed the title track, “Love Is Dangerous,” giving the […]