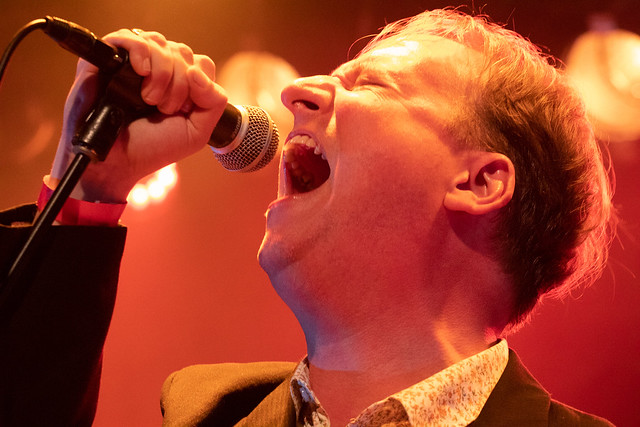 Initially formed in 1978 as a trio featuring founding members Steve Marsh, Doug Murray and his brother Greg Murray with synth player Jack Crow later joining the band, the members of Austin, TX-based punk act Terminal Mind, were influenced by the likes of Pere Ubu, Roxy Music, John Cale, and Wire — and despite a relatively short period of time together, managed to be at the forefront of Austin’s early punk rock scene, managing to quickly build a local profile, sharing bills with The Huns, Standing Waves, The Big Boys and Iggy Pop. As a result, they managed to subtly influence their hometown’s second wave of punk and noise rockers before splitting up to pursue a number of different projects: Marsh relocated to New York with his experimental noise act Miracle Room before returning to Austin to form space/psych rock act Evil Triplet and an experimental solo recording project he dubbed Radarcave; Doug Murray joined The Skunks; Greg Murray joined an iteration of The Big Boys. Unfortunately, Jack Crow died in 1994.

Now, as I’ve mentioned the proliferation of labels across the world of differing sizes has allowed for long lost bands to find their due, and interestingly, Terminal Mind’s retrospective album Recordings, which is slated for a January 19, 2018 release through Sonic Surgery Records  features the band’s very rate 4 song 7 inch album (which currently fetches more than $100 on eBay), a number of Live at Raul’s compilation tracks as well as a number of unreleased studio and live recordings. And the album’s first single “Refugee” find the short-lived band walking a tightrope between angular and nerdy post punk and furious punk with the band’s sound seeming like an amalgamation between Talking Heads: 77-era Talking Heads, Pink Flag-era Wire, Entertainment! and Solid Gold-era Gang of Four, and Bad Religion.

Admittedly, while I listened to “Refugee,” there was this this sense that I had heard a band that through the weird machinations of fate and luck could have been much bigger than what they eventually wound up — after all, they were pairing tight hooks and angular power chords with an uncanny sense of melody a few years before Bad Religion even formed! But at the very least, hopefully the Sonic Surgery release will help fill in a necessary gap in the canon.

Although little is known about the Kent, WA-based trio So Pitted, the trio have started to receive attention for a sludgy and abrasive sound that some critics have compared favorably to Nirvana, Metz, Pere Ubu and others. “feed me,” the latest single off the band’s forthcoming album neo will further cement their burgeoning reputation as the band pairs sludgy and acidic guitar chords, layers upon layers of feedback, thundering and propulsive drumming, industrial clang and clatter and distorted vocals in a song that sounds as though it drew influence from Ministry.

The band will be on tour throughout January and February to build up buzz for the album. Check out the tour dates below.

Crown Larks – “Chapels” – Music Video from Emily Esperanza on Vimeo.   Chicago, IL-based quartet Crown Larks have steadily built up a both a local and national reputation with praise from the likes of Stereogum, […]

Pere Ubu The Lady from Shanghai Fire Records Release Date: January 8, 2013   Track Listing Thanks Free White Feuksley Ma’am, The Hearing Mandy And Then Nothing Happened Musicians Are Scum Another One (Oh Maybelline) […]

2013 marks the 35th anniversary of the influential Pere Ubu’s debut effort, The Modern Dance, as well as the first album from the band in three years – The Lady From Shanghai which saw a January 8th release […]

Lady from Shanghai  which Fire Records will be releasing in January 2013, marks two important milestones for the legendary Pere Ubu – it’s the first full-length album from the band, and 2013 marks the 35th […]