Renowned Chicago-based DJ, producer, electronic music artist and label exec Felix Da Housecat has a long-held reputation for producing and working on an eclectic mix of sounds and sub-genres within the larger umbrella of electronic […]

Over the past couple of years, Los Angeles-based, indie electro pop duo Pr0files have not only become JOVM mainstay artists, they’ve also developed a growing national profile for a sound that possesses elements of R&B, pop and electronic dance music — especially with the release of Call Yourself A Lover,”  and “Luxury.”

February 23 marks the release of the duo’s long-awaited and highly-anticipated full-length debut Jurassic Technologie and from the release of the album’s first three singles “I Know You Still Care,” Empty Hands” and “Like A Knife,” the duo’s material has revealed an urgent, insistent sensuality reminiscent of Giorgio Moroder‘s legendary work in the 1970s while at other times being incredibly anthemic in a way that owes a debt to 80s synth pop and more contemporary fare, such as Haerts and St. Lucia. Jurassic Technologie‘s fourth and latest single “Abuse U (Feel It)” pairs Sternbaum’s gauzy Quiet Storm meets 21st century production consisting of skittering drum programming, swirling electronics and layers of shimmering and cascading synths with Pardini’s sultry come hither vocals and brief bursts of guitar.  Sonically and lyrically the song sounds as though it draws from Prince‘s incredible 80s work — think of “I Will Die 4 U,” “When Doves Cry,” “Raspberry Beret,” and “Little Red Corvette” in particular, as the song may arguably be the most sensual and outright sexual song that the duo has released to date. 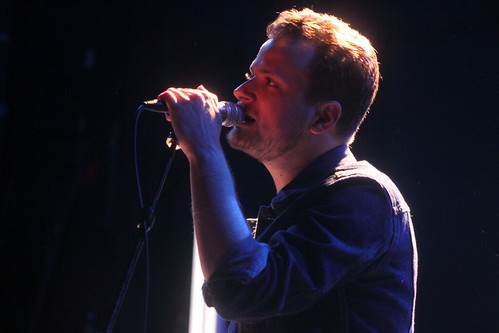 ACES, a Brooklyn-based electro pop duo comprised of Russ Flynn and Alexandra Stewart. The Brooklyn-based duo of Flynn and Stewart have quickly captured the attention of the blogosphere with a sound that pairs Flynn’s shimmering and atmospheric […]

Renowned Chicago-based DJ, producer, electronic music artist and label exec Felix Da Housecat has a long-held reputation for producing and working on an eclectic mix of sounds and sub-genres within the larger umbrella of electronic […]