Pongo is an up-and-coming Luanda, Angola-born, Lisbon, Portugal-based pop artist. As a child, the Angolan-Portuguese pop artist’s family was forced to feel Angola to escape a lengthy and very bloody civil war that decimated their homeland. Pongo and her family eventually settled in Lisbon, where she’s lived ever since.

The Angolan-Portuguese pop artist got the attention of the acclaimed, Portuguese act Buraka Som Sistema, an electronic dance music act that specialized in a sound that meshed tech beats with zouk, a rapid-fire  musical style from Martinique and Guadeloupe and kuduro, an up-tempo dance music genre from Angola that blends elements of soca and samba, in what was dubbed zouk bass and progressive kuduro. In 2008, Buraka Som Sistema released their smash hit, “Kalemba (Wengue Wengue), a single that went on to sell 10 million copies and eventually landed them a MTV Europe Award for Best Portuguese Act. Adding to a growing international profile, the track received co-signs from the likes of Diplo, Hot Chip and Shakira.

Released last year, Pongo’s solo debut Baia EP was a genre-blurring, globalist affair that found the Angolan-Portuguese artist pairing Portuguese lyrics with a sound that meshed elements of Angolan kiduro with Western styles like techno and bass. Released just before her appearance at this year’s Great Escape Festival, the expanded edition of the Baia EP features a new track, “Chora.” Deriving its title from the Portuguese word for “cry,” Pongo’s latest single meshes dancehall, soca and trap within a slick production consisting of glistening bursts of steel drum and snares, stuttering, tweeter and woofer rocking beats and self-assured and vaguely trap and hip-hop inspired vocal delivery from the Angolan Portuguese artist. The Baia EP expanded edition also features remixes of “Chora” by 20syl, who has remixed and re-worked material by King Krule, Schoolboy Q, and Rihanna — and a remix by Anoraak, which will be released through renowned French electronic music label Kitsune next month. 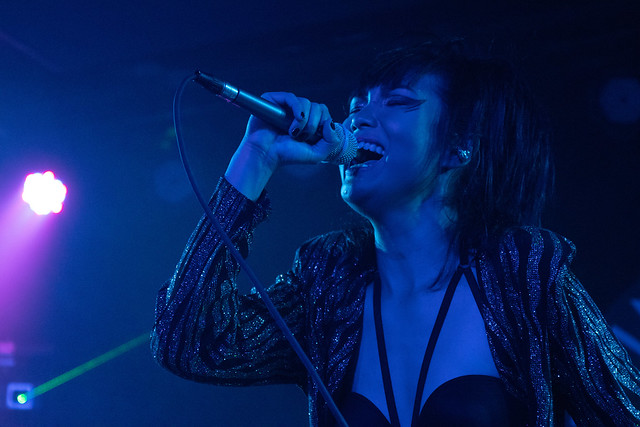 Born Thomas Wesley Pentz, Diplo is a prolific and acclaimed Los Angeles-based producer, DJ and electronic music artist. As a solo artist, he’s managed to see a fair degree of commercial success with 2013’s Revolution EP, which debuted at #68 on the US Billboard 200 — and the EP’s title track was later featured in a Hyundai ad campaign and on the WWE 2K16 soundtrack. Diplo is also known as the co-founder and lead member of the electronic dancehall project Major Lazer, and one-half of electronic music production and artist duo Jack U with Skrillex. And as a producer, the Los Angeles-based producer, DJ and electronic music artist has collaborated with M.I.A., Gwen Stefani, Die Antwoord, Britney Spears, Madonna, Shakira, Beyonce, No Doubt, Justin Bieber, Usher, Snoop Dogg, Trippie Redd, Chris Brown, CL, and G-Dragon.

Mark Ronson is a London-born and-based multi-instrumentalist, DJ, singer/songwriter and producer and although his debut effort, 2003’s Here Comes the Fuzz failed to make the charts, his sophomore effort, 2007’s Version landed at number 2 on the UK charts, thanks to the fact that the album had three Top 10 singles — and as a result, he won a Brit Award for Best British Male Solo Artist. Building upon a growing profile, 2010’s Record Collection peaked at #2 on the UK Charts.

Ronson also won Grammy Awards for Producer of the Year, Non Classical, Best Pop Album and Record of the Year for his work on Amy Winehouse’s “Rehab” and Back to Black. He also produced “Cold Shoulder,” off Adele’s critically applauded and commercially successful debut 19. And unless you’ve been living in a remote Tibetan monastery in the Himalayas, Ronson’s first UK and US #1 single was his collaboration with Bruno Mars “Uptown Funk,” and as a result of the single’s massive commercial success, Ronson won the Brit Award for British Single of the Year, as well as Grammy Awards for Record of the Year and Best Pop Duo/Group Performance. The London-born and-based producer, DJ, multi-instrumetanlist and singer/songwriter’s fourth full-length album Uptown Special was his first #1 album in the UK and peaked at #5.

Ronson’s and Diplo’s collaboration together Silk City can trace its origins to the duo’s long-time friendship, a friendship that dates back to the early 2000s. Their debut single “Only Can Get Better,” featuring Daniel Merriweather was released earlier this year, ahead of their Governor’s Ball set, and they’ve already made several other appearances across the international festival circuit with sets at Bestival and Treasure Island Music Festival among others.  The duo’s second single “Feel About You,” a collaboration with Mapei was a slickly produced and soulful track with arpeggiated synths that subtly nods at Robin S’s “Show Me Love” — but with a clean, hyper modern sheen. The acclaimed duo’s latest single “Electricity” find them collaborating with multi-Brit Award-winning Albanian-British singer/songwriter and model Dua Lipa, and The xx’s Romy Madley-Croft and Diana Gordon, who co-wrote and contributed lyrics and melodies, and much like it’s predecessors, “Electricity” is a slickly produced, anthemic banger. However, the piano-led, hook-driven track draws from classic Chicago house, complete with an irresistible sensual ecstasy at its core.

Directed by production duo Bradley and Pablo, the recently released video for “Electricity” is set during the Blackout of 2003 and stars Dua Lipa, who hosts a loft party that contains so much sexual energy that it keeps the lights on in the apartment. Of course, two of the guests — guess who, y’all? — wind up being stuck in an elevator and completely missing the party.

Perhaps best known as a designer and creative director of footwear and accessory company Ivy Kirzhener New York, Vero Faye’s footwear line can claim a long list of celebrity clientele including Beyonce, Jennifer Lopez, Shakira, Kesha, Lily Collins, Cassie, Jamie Chung and Tori Kelly. And interestingly, as Faye was developing her career as a renowned designer and creative director, she also has a stint as the frontwoman of local metal band AIKOSTAR; however, with her solo recording project CZARINA, Faye has reinvented herself as she’s been crafting synth-based music.

In fact, Faye’s latest CZARINA single “Blaze” is a brooding yet swooning pop track centered around arpeggiated synths and thumping beats manages to sound as though it draws from John Carpenter soundtracks but with a rousingly anthemic hook that gives the song an unexpected radio friendliness. 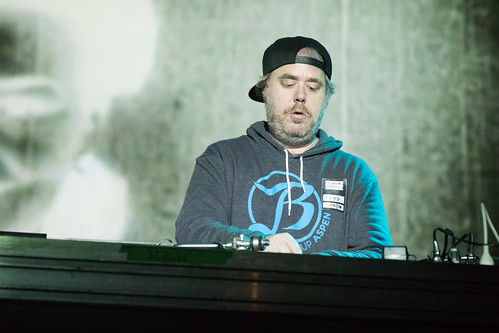 Comprised of Dave Sitek, a guitarist, songwriter and producer, best known for being a member of TV on the Radio and for collaborating with Yeah Yeah Yeahs, Liars, Foals, Celebration, Little Dragon, Beady Eye, Kelis, Santigold, and others; and Daniel Ledinsky, who’s best known for releasing the viral hit “DonaldTrumpMakesMeWannaSmokeCrack,” and for collaborating with Tove Lo, Kent, CeeLo Green, Shakira and Rihanna, the Los Angeles, CA-based duo The Neverly Boys are inspired by their adopted hometown, and the duo’s debut single together “Burn, Hollywood, Burn” is actually about the broken dreams on which Hollywood is built. Though the single was written and recorded before the relatively recent reports of rampant and unchecked abuse, the single comes from the same poisoned well. As Ledinsky says in press notes “I’m guessing most people who live here in Los Angeles can relate to that feeling of total hopelessness. This place sure creates some amazingly beautiful art, but it also has a tendency to use and corrupt you. Hollywood has attracted artists to come here to pursue their dreams since the 20’s, and a lot of people end up in a very dark place chasing that dream. I love this city for all its beauty, but it has always been a very hard and violent place as well.“ And as a result, “Burn, Hollywood, Burn” while consisting of a bluesy and twangy shuffle paired with an anthemic chorus manages to feel haunted, as though imbued by bitter and lingering ghosts. 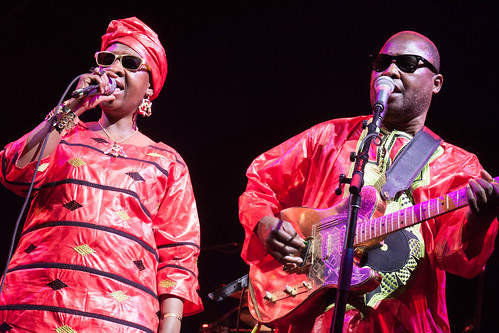 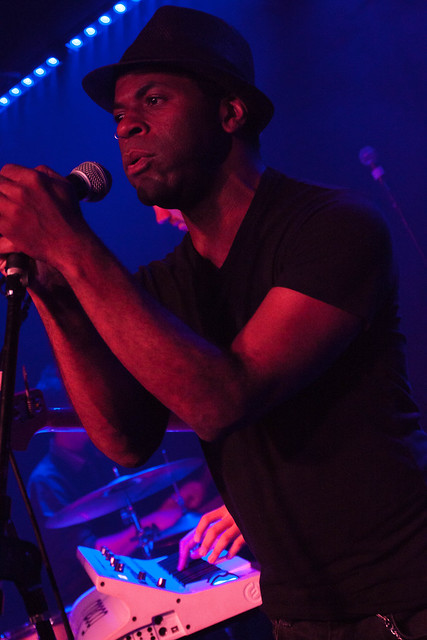