Towards the second half of 2015, the Brazilian indie psych rock quartet Boogarins quickly became a JOVM mainstay, and if you had been frequenting this site over that period dog time, I had written about a couple […]

While the States and the rest of the Western world was in the height of “Flower Power,” “The Age of Aquarius,” were protesting for civil rights for people of color and women and against the Vietnam War in 1967, Nigeria descended into a bloody civil war. The rock scene that developed during the bloodshed and destruction would eventually help heal and unite the country, propagate a new ideal of the Modern Nigerian, and perhaps most important for us, help propel Fela Kuti to stardom once the conflict ended in 1970.

Wake Up You!, a compilation that Now-Again Records will be releasing as a two volume book with companion CDs and vinyl, featuring research from renowned musicologist Uchenna Ikonne and an incredible array of never-seen photos that will tell the stories of some of Nigeria’s long-forgotten but best rock bands — bands that specialized in a sound that meshed funk, psych rock and rock in a way that was unique and particularly Nigerian, while being remarkably familiar to Western ears. And on Volume 1 single Ify Jerry Krusade’s “Everybody Likes Something Good,” you’ll hear a sound that’s heavily indebted to James Brown, Jefferson Airplane, Booker T and the MGs and several other things as heavily wah-wah pedaled guitar, soaring organ chords, sinuous and throbbing bass lines, layers of percussion are paired with call and response vocals but what also makes this single and the compilation so important is that sonically the material manages to nod towards Fela Kuti’s early releases; so in many ways, this single and the rest of the compilation will likely fill in the gaps for audiophiles everywhere while introducing new listeners to some of the funkiest stuff out of the late 1960s you’d ever hear.

Perhaps best known for this time spent in New England-based psych rock band MMOSS, singer/songwriter and multi-instrumentalist Doug Tuttle had developed a reputation as a artist of his own right with the release of his solo debut, an effort that had been praised for possessing a jittery, love-lorn anxiety paired with Tuttle’s dexterous guitar work and his carefully crafted psychedelic-tinged pop. Tuttle’s forthcoming sophomore effort, It Calls On Me, slated for a February 26 release through renowned indie label Trouble In Mind Records will further cement the New Hampshire-born singer/songwriter and multi-instrumentalist’s reputation for crafted psych pop while revealing a subtle yet marked change in sonic direction as the material is dreamier and more ethereal, as you’ll hear on the album’s latest single and album title track “It Calls On Me.” Thanks to some impressive guitar licks played through a variety of effects pedals, paired with cymbal-led propulsive percussion, an equally propulsive bass line, Tuttle’s lilting and cooed vocals, the song sounds as though it could have been released sometime between 1963-1969 as the guitar solo reminds me quite a bit of Robby Kreiger’s expressive and expansive solo in The Doors‘ “Light My Fire,” while the song manages to be subtly modern as it channels contemporary acts such as Raccoon Fighter.

Tuttle and his touring band will play a number of dates throughout February and March to support the new album and it includes a stop in Brooklyn. Check out tour dates below. 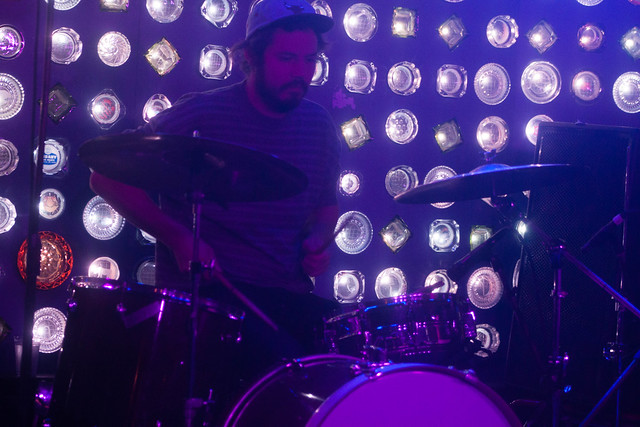 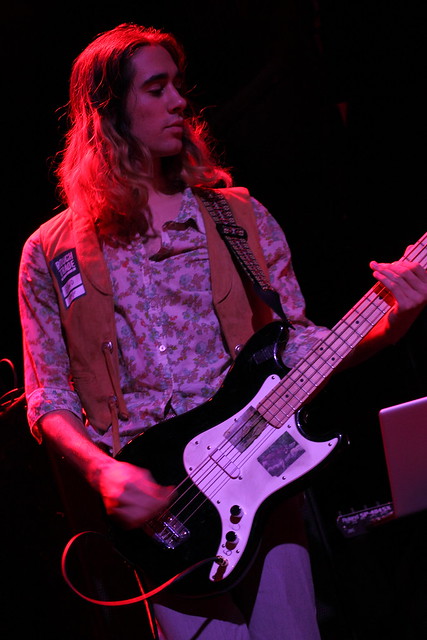 Psychic Love is the (mostly) solo recording project of Los Angeles-based Laura Peters, who occasionally collaborates with Erick Jordan. Reportedly inspired by the true crime series that constantly air on Investigation Discovery and other […]

Although he never found commercial success within his tragically short life, singer/songwriter Tim Buckley has managed to become admired and deeply influential in the 40 years since his death for his innovative sound which possessed […]