Throughout a significant portion of this site’s 8-plus year history, I’ve written quite bit about longtime JOVM mainstay Charles Bradley. Bradley led a remarkable life, overcoming unimaginable adversity and heartache throughout his life to achieve success and […]

Now, if you’ve been frequenting this site throughout its eight year history, you’d know that it’s an annual tradition to post John Coltrane’s A Love Supreme on September 11th. Personally, it’s an annual tradition in my home that goes back to 2005: On that particular September 11th, I had returned home from a day job at a small Midtown Manhattan-based publisher to my father cooking and playing A Love Supreme on the living room stereo loudly — so loudly that it almost felt and sounded as though the each of the legendary musicians of those sessions were playing right in our living room. My father wasn’t exactly the most thoughtful or even mindful person but in light of such terrifying and awful events, it seemed to be one of the most thoughtful things he’s done in many years; after all, the album is not just a reminder of the profound beauty we are sometimes capable of, as well an album that humbly contemplates the nature of God and of God’s love. And while I’ve long been an atheist, needing to contemplate our beauty and goodness in light of such terrible events seemed necessary and life affirming.

As a native New Yorker, September 11th has a much different meaning than for other Americans. Back on September 11, 2011, I was finishing my final semester at NYU and there are a handful of things I’ll always remember: I had met my friend Jill later that day, and as we were walking down 71st Street/Continental Avenue towards the TGI Friday’s on Austin Street and 70th Street, we saw a number of our fellow New Yorkers covered in concrete dust — and everyone walking around in a daze, not knowing what happened or what to do; the utterly unfamiliar silence of three days without airplanes or much traffic; and the missing posters the tweet from ceiling to floor, east to west across Sixth Avenue at the West 4th Street, A,B,C,D,E,F and M subway station. (Editor’s Note: The M train didn’t stop there at the time; the long discontinued V train did though.) Each of those posters included a picture that captured their loved one in the fullness of their lives, smiling awkwardly, as everyone would do in extremely posed photos or doing something they loved. Written on the poster, the family, the friends, the coworkers wrote “My friend/boyfriend/girlfriend/spouse/brother/sister, etc. was last seen on the 103rd floor/the 98th floor/the 93rd floor . . . “And from the posters, there was this unshakeable sense that most of those poor souls would never be found again — and that the family would be left to try to piece together their lives without someone they loved and cherished. The funny thing is that we talk so much about closure but in life there really is no closure; things are incomplete and frustratingly unresolved, and we have to accept that — perhaps even more so when your loved one dies in such a senseless and inexplicable fashion.

I’ll leave you with this: life sometimes can be so overwhelmingly difficult — to the point that it can be difficult to figure out how to keep pushing forward. And perhaps even more so when everything seems to suggest that humanity is inching its way closer to its own annihilation. But in light of such terrible events today, cherish the small things and hold on to them dearly. They’re all we have.

Happy first day of school, everyone!

There are a number of incontrovertible truths in life — the most obvious is that people die. Some of us die young. Some of us die tragically. Some of us die when we’re very old. But no matter what, people die, it’s just what people do; however, there are some people, who have larger than life presences, and seem incapable of ever dying. Bowie, Lemmy, ‘Retha (and if you’re black, it’s ‘Retha and only ‘Retha), Keith Richards, Iggy Pop and a few others were on that list, and within the past couple of years that list has gotten shorter and shorter. When I heard that ‘Retha was deathly ill and in hospice care my initial thought was  “Well, she kicked pancreatic cancer’s ass, maybe she’ll do it again. I mean she beat back death — and only a goddess can do that, right?” So when I heard the news that the Queen died, it seemed impossible. It’s been several hours and it still seems as implausible as ever before.

Copious amounts of ink have been spilled throughout ‘Retha’s career, so there’s no real need to delve deeply into her biography; but what I wanted to do was pay a humble little tribute to one of the most influential artists of the past 60 years with some of my favorite songs. 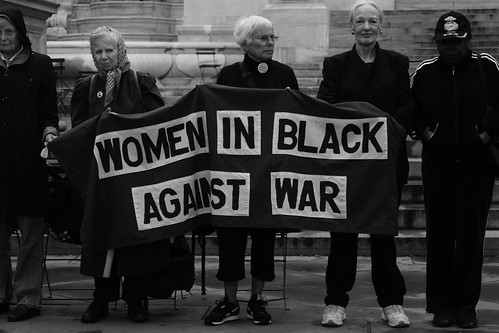 JOVM pays tribute to David Bowie on what would have been his 71st birthday.

Time flies by and it flies by at an incredibly dizzying pace. Just the other day, a Facebook friend mentioned that the 15th anniversary of Joe Strummer’s death had recently passed. I grew up listening to quite a bit of The Clash –and as a music obsessed boy, who spent an unusual amount of time watching MTV and other music related programming, I can clearly remember watching the video for “Rock the Casbah” and others. And when I found out that Strummer died, it felt as though a small part of my music loving childhood was gone; plus it made the seemingly dim possibility of a Clash reunion utterly impossible. Such is life. But this particular week, I thought of The Clash and how much those records had meant to me  — and interestingly, I stumbled on live footage of The Clash playing at The Capitol Theatre in Passaic, NJ in 1980 and in Japan in 1982 or so, plus other random things.