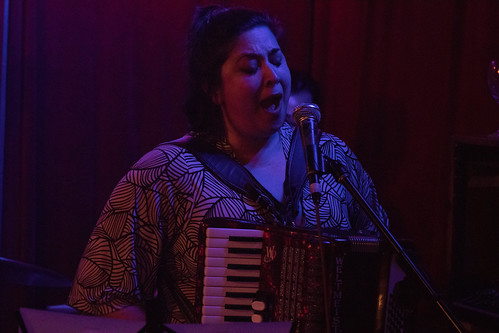 Now, if you’ve been frequenting this site over the course of its history, you may have come across a couple of posts featuring the Australian-based Bollywood outfit, including a glowing review of You Me Bullets Love, an album which was conceived as the soundtrack of an imaginary yet prototypical Bollywood feature film — in this case, an epic production that was one part international, espionage thriller, full of double, triple and even quadruple crosses, a lengthy one take chase scene shot through in Kolkata, Delhi or someplace like that, a comedic sequence, three or four insanely choreographed dance sequences, and lastly a love story to boot; in other words, one of those one-size-fits-all, crowd pleasing sort of movies, which in theory shouldn’t work but somehow sort of does. And even if you couldn’t take the tonal shifts and thought of it all as some of the dumbest stuff on earth, you’d dig the soundtrack; in fact, with You Me Bullets Love, the album’s material manages to effortlessly meshed propulsive, four-on-the-floor-based disco and funk, Ennio Morricone-like film scores and psych rock with traditional, Indian instrumentation and chord structures.

It’s been a few years since I’ve written about the Australian-based, retro Bollywood collective but as it turns out, they were busy writing and recording the material, which would comprise their forthcoming Tristan Ludowyk-produced, third full-length effort, Run Kitty Run. Much like its predecessors, the band’s third full-length album, which is slated for an August 11, 2017 release through Hope Street Recordings was conceived as the soundtrack to a lost Bollywood film but interestingly enough, the album also finds the band expanding and experimenting with their sound a bit. While further cementing their reputation for crafting a sound, primarily based around retro Bollywood and featuring lyrics sung in Hindi, Bengali and English, Run Kitty Run filters things through 80s electro pop and New Wave, psych rock, surf rock and desert rock/stoner rock to create an imaginary soundtrack for a film based in a dysfunctional, post-Apocalyptic future full of robotic horsemen, killer satellites, grinning sadhus, love, betrayal, seemingly hopeless situations, impossible escapes and unlikely salvation.

Interestingly, Run Kitty Run’s second and latest single, album title track “Run Kitty Run,”
focuses on a romantic situation that should feel familiar to most of us — in particular, a rom com-like meet cute that becomes a budding romance of sorts between a jaded woman, who may be wild about this latest suitor but just doesn’t buy him completely and a plaintive man, who practically says “there’s someone out there for you — it’s me.” And as a result, the song which nods at 80s Talking Heads as angular guitar chords are paired with fiery blasts of horns, a sinuous bass line, psych rock and shimmering synths reveals the band’s dedication to crafting dance floor-friendly hooks; however, the song reveals a band restlessly experimenting with their sound and songwriting approach in a way that’s familiar yet alien while wildly crowd pleasing. But perhaps much more important is that while retaining their renowned cinematic bombast, the song may arguably be one of the best examples of the collective actively writing ambitiously crafted yet coquettish songs.

Directed and produced by Yoav Lester, the recently released video for “I Love You Love You” is a wild, psychedelic romp that features a couple of epic dance-for-you life dance sequence/battle set deep into the cosmos and while being goofy and wild, the video also manages to nod at Mortal Kombat and others.

Formed by musical director, Andy Williamson, The Bombay Royale has prided themselves on paying homage to 60s and 70s Bollywood, long considered by critics and fans the genre’s golden era, as it was a riotous […]