With the release of two critically applauded EPs, We Are Sound and Everything You Imagine is Real, the New York-based trio Corbu, comprised of Johnathan Graves (guitar, synths and vocals), Amanda Scott (vocals, synths) and Todd Hoellerman (drums), have received praise from the likes of several major media outlets including NYLON, Stereogum, The Guardian, NME and others for a sound that’s not only heavily influenced by the Warp Records roster, sci-fi imagery, psychedelia and their own dreams but also draws from the likes of Moonbabies, M83, Washed Out, Yes, and others as their swooning and shimmering take on dream pop and synth pop possesses a cinematic quality. 2016 has been breakthrough year for the band as they released their gorgeous, attention-grabbing full-length debut Crayon Soul earlier this year — and from album singles “Battles,” and “Better Better Off,”and a national tour that included the trio’s first festival set at this year’s Austin City Limits, the band is looking forward to an even bigger 2017.

The folks at Baeble recently invited the members of Corbu to participate in the website’s Baeble NEXT Session series, which features a band of interest performing several songs at the Baeble offices down at the Industrial City complex in Sunset Park, Brooklyn along with an interview. The live footage features the band performing “Neon Hallway,” “Prism,” and “Battles” off Crayon Soul and from the footage, you should get a sense of how their live sound hews very closely to their immersive and lush recorded sound. And in the band’s full-ranging interview, the band talks about their unexpectedly big year, which featured their first national tour and their first festival set, how their music videos and other visuals tie into their aesthetic, how they wanted to make a full album in the veins of Radiohead’s In Rainbows and Pink Floyd’s Dark Side of the Mood, how the album’s mixer helped create a lush, nuanced sound, the album’s overarching themes and more. (This is another one where the embed works a little funny, so click on the link and it’ll drive you to a full-page embed window — and enjoy!) 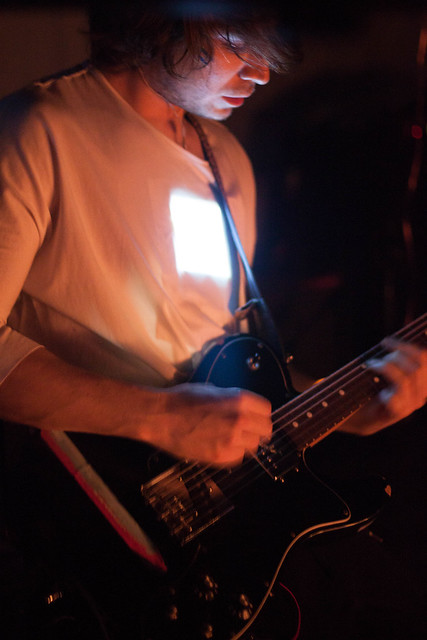 With the release of two critically applauded EPs, We Are Sound and Everything You Imagine Is Real, the New York-based electro pop duo Corbu received praise from the likes of NYLON, Stereogum, The Guardian, NME and others for a sound that’s heavily influenced by the Warp Records roster, sci-fi imagery,  psychedelia and their own dreams. Now, if you’ve been frequenting this site over the past couple of weeks you may recall that I wrote about the cinematic “Battles,” one of the first singles off the duo’s highly-anticipated, soon-to-be released, full-length debut effort Crayon Soul; a track that has the band pairing a soaring and anthemic hook with a shimmering and breezy melody and plaintive vocals in a way that’s reminiscent to Moonbabies and M83.

Crayon Soul‘s latest single “Better Better Off” is a lush and shimmering psych pop, psych rock track that has the duo pairing angular guitar chords fed through gentle reverb and delay pedals, layers upon layers of gorgeous harmonies, shimmering synth cascades,  a soaring and anthemic hook, and a propulsive rhythm section in a song that sounds indebted to trippy 60s psych rock as much as it does to the likes of In Ghost Colours-era Cut Copy and the dream pop of the aforementioned Moonbabies, Summer Heart – but with a palpable bittersweet wistfulness under the song’s breezy surface.

“Battles,” the latest single off the duo’s highly-anticipated dull-length debut Crayon Soul is a cinematic track with a soaring and anthemic hook paired with a shimmering and breezy melodies and plaintive vocals to craft a sound that’s reminiscent to Moonbabies and M83. As the band’s Jonathan Graves explains in press notes, the recently released video for “Battles” is a scene from a larger movie in its creators’ heads. “Every piece of artwork we make is a snapshot from it. Nothing you see is in order as far as the story, but it’s more fun that way. You have to put the pieces together yourself.” And as you’ll see the animated video is a mesmerizing, futuristic epic adventure with some gorgeous and trippy visuals.