Michael Desmond is a Long Island, NY-born singer/songwriter and multi-instrumentalist, who first earned attention as the frontman of orchestral indie rock act Gabriel the Marine, an act that went on national tours with Taking Back Sunday, Glassjaw, Mew, Jack’s Mannequin and The Dear Hunter. After some significant changes in his personal life that included the death of his uncle, the end of a six-year relationship and graduation from college, Desmond was inspired to reinvent himself and his career by going solo. “The only way I was able to slow my mind down was to write. I look at this body of work as a time capsule, as it represents a snapshot of life during this period of time,” Desmond recalls.

Desmond’s solo recording project, Local Nomad derives its name from several dichotomies: “Local Nomad is the resistance of sedentary life. It’s about seeking the strange and embracing the unknown. Wondering. Wandering. Young and Old. Everywhere and Nowhere. As cliche as it may sound – when I pick up a guitar and sing it’s the only time I feel at home,” Desmond says. Sonically, the project’s sound features soulful vocals, enormous hooks, atmospheric synths and lustrous beats and draws influence from the likes of Tears for Fears, Elvis Costello, and Phil Collins.

“This song is about becoming the ugliest version of yourself in a relationship. You’re not necessarily trying to hurt one another, but you end up forgetting the thing that once brought you together,” the Long Island-born singer/songwriter and multi-instrumentalist explains. “‘Young Vampires’ is kind of an oxymoron because based on various films, vampires tend to live forever. They feed off of humans to survive and ultimately live a pretty reclusive lifestyle, only going out at night and sleeping all day. I think it’s comparable to being in an unhealthy relationship.”

Andrew Carter is a Richmond, VA-born and-based singer/songwriter and multi-instrumentalist, who has spent the past few years writing and recording music by himself in various bedrooms and basements with his solo recording project Minor Poet. His full-length debut, 2017’s And How combined Carter’s love of carefully crafted pop with a loose, fun, off-the-cuff production that eventually received press from American Songwriter, Magnet, The Wild Honey Pie, Impose and others, while helping Carter develop a small but devoted fanbase. Naturally, this has allowed Minor Poet to grow from a labor of love into a nationally touring band.

Carter’s sophomore Minor Poet album The Good News is slated for a May 17, 2019 release through Sub Pop Records, and the album, which was recorded over the course of four days at Montrose Recording, reportedly finds Carter expanding the boundaries of the project’s sound over the course of six songs. While previous Minor Poet releases featured Carter playing all the instruments and handling production duties, the material on The Good News was written with the understanding that the Richmond, VA-born and -based singer/songwriter and multi-instrumentalist had to reach outside himself to do justice to the songs. “I couldn’t capture the sounds I heard in my head,” Carter explains. “I wanted something that was vast and expansive but that at the same time could hit you immediately in the gut.”

Paying homage to the classic “wall of sound: techniques made famous by Brian Wilson and Phil Spector, Carter and co-producer, Adrian Olsen overdubbed layer after layer of Carter playing an array of guitars, pianos, organs, synths, and percussion, as well as Carter singing harmonies. The members of the touring band were brought in to perform the core rhythm section parts with handpicked local musicians stopping by to add crucial flourishes to the material. Interestingly, at the center of the album’s material is Carter’s vocals, singing lyrics that mix allusions to religion, mythology, art and philosophy, as each song’s narrator questions himself, his place in the world around him, what he owes to his relationships, and in turn, what he needs to ask others to stay healthy.

“Tropic of Cancer,” The Good News‘ infectious latest single is centered by layers of shimmering and tropicalia-inspired arpeggiated synth lines, shuffling guitar lines, a soaring hook and a lysergic-tinged guitar solo. And while the deliberate crafted track bears a subtle resemblance to Elvis Costello‘s early work, the song manages to be deceptively breezy as the song’s narrator describes a constant and repetitive struggle with depression, delivered with an unvarnished emotional honesty and a tongue-in-cheek awareness.

With the release of their latest effort PAIN earlier this year through Graveface Records,the up-and-coming Los Angeles, CA-based noise rock/shoegaze trio Tennis System has developed a reputation for a classic 4AD Records sound: squalling feedback-tinged power chords fed through delay and effect pedals, thundering drumming and ethereal melodies, centered around a rather sunny ambivalence, and a sense of profound loss — and for quickly establishing themselves as one of their hometown’s best, new live bands. In fact, the trio have played sets at Austin Psych Fest, Noise Pop Fest, Echo Park Rising and the Air & Style Festival, and have shared stages with The Flaming Lips, Ride, Dinosaur Jr., Kendrick Lamar and Diiv among others.

“COMINGDOWN,” PAIN’s latest single will further cement the band’s reputation for crafting a familiar and beloved sound — in this case, recalling My Bloody Valentine, A Storm in Heaven-era The Verve, JOVM mainstays Dead Leaf Echo, My Vitriol and others but with an anxiety of wha the future could hold, after a horrible event that the song’s narrator knows they will regret.

Directed by Logan Rice, the video follows  Niamh Hannigan as she distractedly goes through her day — and through a series of rapidly changing colors, grainy fade outs and fade ins, the video suggests that its protagonist is slowly coming down from the throes of hallucinogenic fugue.

Comprised of core members and primary songwriters Bill Rousseau and Dahlia Gallin Ramirez, the San Francisco, CA-based indie duo Billy & Dolly can actually trace their origins to their first band together, a Moog-centric project called The Monolith, which was formed back in 2004. After a five year run, The Monolith split up; however, Rousseau and Ramirez continued to work together, eventually holing up in Ramirez’s basement to write songs before re-emerging as Billy & Dolly — and as Billy & Dolly, they’ve recorded and released two albums together, and shared stages with The Apples in Stereo, Dr. Dog and Corin Tucker.

For live shows, Rousseau and Ramirez play with Elliott Kiger (drums) and Charley Hine (bass); but with Five Suns, the band’s soon-to-be released Five Suns, which was recorded at Oakland’s New, Improved Recording with their longtime collaborator Jay Pellicci, finds the band officially recording as quartet, capturing them in their proper element — as a muscular and sweaty live unit. But interestingly enough, the album’s material balances goofiness and sweetness as the material touches upon post-apocalyptic love, galactic desperation and Jane Eyre, among other things.

As you’ll hear on “Can’t Stay Still,” Five Suns‘ fourth and latest single, the song is centered by arpeggiated keys and a propulsive rhythm, an infectious hook and an uncanny sense of harmony to create something that sounds like an amalgamation of Elvis Costello and bubblegum pop but with a sweet and goofy sensibility. “‘Can’t Stay Calm,’ is one of the first songs we wrote fro what would become the Five Suns album,” Billy & Dolly’s Dahlia Gallin Ramirez explains in press notes. “It’s about finding a kindred blue soul, someone who knows what it’s like to be a kid roaming the foggy streets of San Francisco.” 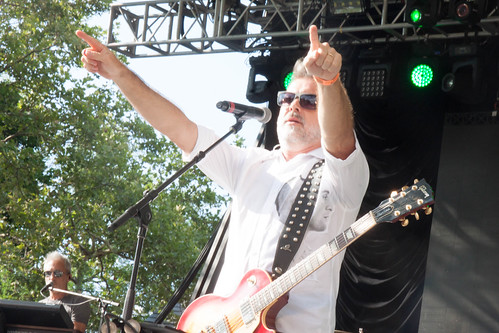 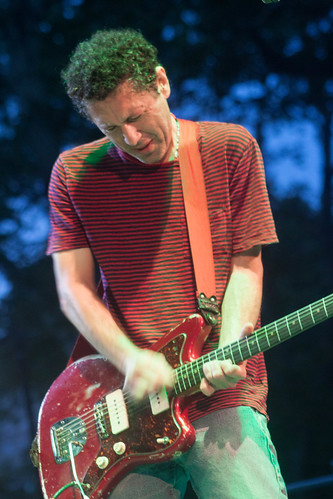 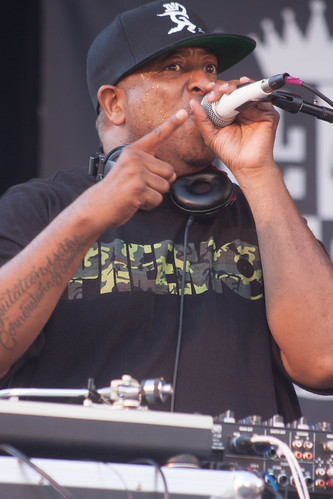