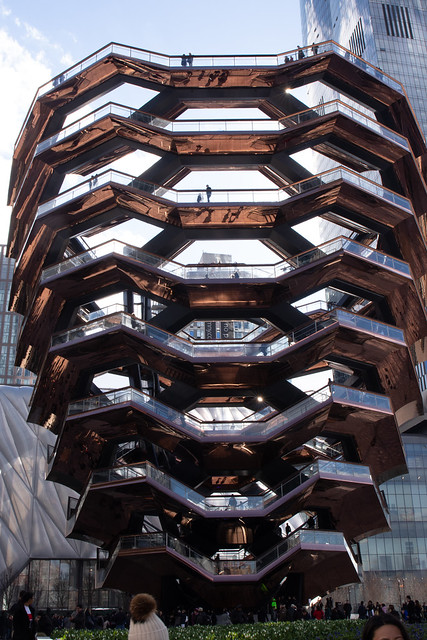 Throughout the bulk of this site’s eight-plus year history, I’ve written quite a bit about the critically applauded and commercially successful Minneapolis, MN-based hip-hop act Atmosphere, and as you may recall the act initially formed over 20 years ago as a trio featuring Slug, Spawn D and Ant under the name Urban Atmosphere. And whether as a trio or a duo, the Minneapolis-based act have developed and maintained a long-held reputation for pushing the boundaries of what hip-hip should sound like and concern itself with thematically — especially as the members of the act find themselves inching to middle age, as well as for relentless touring.

2016’s Fishing Blues continued a string of insightful, soulful and mature material reflecting men, who evolved from tortured hedonists into settled down family men, who have seen and experienced much more than they can put into words — and while settling down in a much-deserved and peaceful bliss of family and art seems ideal in almost every circumstance, the world has fundamentally changed in a frightening and uncertain fashion. If you’re a sensitive, thoughtful person, you can’t help but recognize that while you may have a little paradise, that within a mad, mad, mad world, it won’t (and can’t) last; that “nothing lasts forever,” as a song says. Unsurprisingly, Atmosphere’s recently released seventh album Mi Vida Loca thematically finds the pair grappling with their own mortality and the anxiety and fear that comes with the painful acknowledgment that you’re powerless and that you can’t possibly protect yourself, let alone your loved ones from the dangers of our world. Thematically sobering, indeed; but the album much like the bulk of their creative output has long been centered around the duo’s deep and abiding friendship. “Virgo,” Mi Vida Loca‘s eerie first single may arguably be the most intimate and urgent song they’ve ever written and recorded — and just because the song evokes (and focuses on) the anxieties and fears of our moment, it isn’t completely dark and hopeless. If anything, the song proudly and sincerely says that as a man, it’s okay to admit that you’re scared shitless and not know what the fuck to do about anything; that when you’re uncertain and afraid that there are friends and loved ones, and music, small joys and small victories, and sweet and tender moments that we need to cling to and cherish with every fiber of our beings.  Sonically, the song featured a bluesy production centered around strummed guitar, twinkling old-timey keys and eerily buzzing synths that nodded at Everlast’s Whitey Ford Sings the Blues but somehow starker. The album’s second single, album opening track “Jerome” continues in a similar vein — centered around a production consisting of a looped sample of boozy and woozy buzzing power chords, rumbling and thumping percussion, brief blasts of twinkling and shimmering synths. Throughout Slug rhymes about the weight of familial history, aging, death, the vapidity and insincerity of social media and a bevy of other things with an incredibly dexterous rhyme scheme but underneath the swaggering self-assuredness of Slug’s delivery is a vulnerability and aching, world weariness.

The album’s latest single “Graffiti” finds Slug rhyming about the painful slings and arrows of love, the small pleasures of love, friendship, family and music, the inevitable heartache of lost love and death; that life ultimately is about people coming and going without anyone really knowing why or how. As our ancestors did, we will move on somehow, and so will our descendants. We’ll all have the same tale: born, loved, hated, dreamt, longed, lusted, died  — alone. Interestingly, the song’s production is centered around a production that evokes a religious-like yearning: a soaring choral sample, backed by twinkling keys, boom bap beats, and a looped bluesy guitar line. The recently released video finds Atmosphere working with frequent collaborator, director Jason Goldwatch on grainy Super 8mm film, and visually it focuses on themes of yearning for freedom from worldly pain, insecurity, longing for something beyond daily concerns, of the desire to be wanted, and understood.  It manages to further emphasize, the song’s underlying ache in a dramatic yet subtle fashion.