Their recently released self-titled Graham Walsh-mixed, full-length debut sees the duo quickly establishing a unique sound created through mashing different genres, scuzzy guitars. “Pink Blob is all our favorite music put together in a blender. The goal is to combine the macho and the feminine, the heavy and the hooky, the weird and the conventional, and make it all very pink and very blobby,” Pink Blob’s Morgan Waters explains.

“Pink Blob is the sound of both sides of me fighting for dominance. I’ve always felt split in two halves, and this album clashes the hooky and the noisy, the straight and the gay, the emotional and the jokey and the masculine and feminine up against each other with the wild ferocity I tamper down in my day to day ‘I’m so embarrassed to be alive’ Canadian-ness,” Waters adds. “Death to boring. Death to snobs. Death to genre. Long live Pink Blob!”

The self-titled album’s latest single “Friday Rocker” is a 120 Minutes-era MTV era-like mosh pit ripper featuring layers of scuzzy guitars, thumping beats paired with a playful, irony-drenched delivery and a rousingly anthemic hook. While seemingly drawing from Dinosaur Jr. and others, the song as Waters lyrically ” . . . started with a Melissa Etheridge reference and unfolded from there, a song about aging but not wanting to grow up. A song about finding common ground with my dad, who loves smoking weed and turning up the stereo ’till his eyes water.” 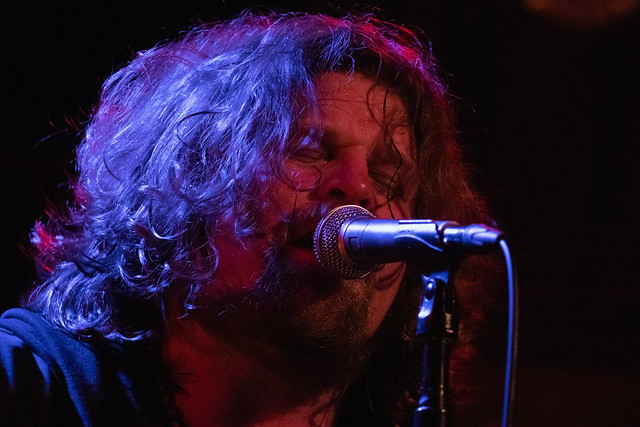 The Blank Tapes is the solo recording and musical project of the California-based Matt Adams. A native West Coaster, Adams has spent the past ten years or so developing a reputation for writing stoner/psych pop […]

Formed in 1983, the Dayton, OH-based Guided by Voices has been in many ways a cult-status band — the sort of band beloved and admired by musicians and music journalists. And although the band has gone through a […]