In a relatively short period do time, the trio found success online and as a result, they also managed to quickly amass a devoted fanbase. After only selectively touring to support a handful of prominent and acclaimed artists including the likes of Crumb, Alice Phoebe Lou, Still Woozy, and others, the band embarked on their first proper North American tour to build up buzz for their full-length debut, If I Am Only  My Thoughts slated for a January 31, 2020 release through Last Gang Records.

Recored to tape, and then mixed and mastered by the band’s David Parry in his self-described “cold, dismal” basement studio in Victoria, British Columbia, the album’s lush and homespun material, reportedly are balmy and inviting and comprised of a series of open-ended questions, centered around existential themes. “There isn’t a single narrative driving this album, but we do linger on some basic human problems: confusion in the face of a desire for self-knowledge and belonging, a struggle for meaning that is circular and sometimes seemingly endless,” the band’s Jesse Henderson says in press notes. While those looming questions go largely unanswered, they are fodder for further competition, delivered with a peaceful and effortless naturalism.

If I Am Only My Thoughts’ latest single is the shimmering and achingly nostalgic “Lately In Another Time.” And while possessing the intimacy and contemplative nature of a bedroom recording, the song is deceptively cinematic, as it’s centered around a sparse arrangement of twinkling keys, shimmering guitars, gently padded drumming, a soaring hook and plaintive vocals singing lyrics about the utter strangeness of life itself. Much like its predecessor “Only She Knows,” the track features an anachronistic sound and production that recalls Nick Drake, Junip and others.

Directed by Ft. Langley, the recently released video continues the old-timey vibes, as it follows an astronaut and NASA staff and crew prepare for a mission into space. There’s constant monitoring, tracking and testing and our dutiful and brave astronaut recognizes the seriousness of the entire ordeal — after all, if something goes wrong during the tests or in space, he could die. Interestingly, the gorgeous and contemplative music gives the mundanity of it all, a surreal air.

Loving is a Vancouver, British Columbia-based indie act, comprised of David Parry and the brothers, Lucas and Jesse Henderson. The band can trace their origins back to spending shared summers planting trees in Western Canada’s forest. As a band, the trio quickly developed a signature sound centered around a warm and dreamy sonic soundscape paired with existentially-leaning lyrics and an unspecified, all-encompassing sense of nostalgia.

Their self-released debut collection of lo-fi psych folk songs found success online and as a result, the Canadian trio managed to amass an organic fanbase in a short period of time.  After only selectively touring to support a handful of prominent and acclaimed artists including the likes of Crumb, Alice Phoebe Lou, Still Woozy the band just recently embarked on their first proper North American tour to build up buzz for their full-length debut slated for an early 2020 debut through Last Gang Records. The tour includes an October 28, 2019 stop at Baby’s All Right. (You can check out the tour dates below.)

Interestingly, their latest single “Only She Knows” is a mischievously anachronistic track centered around shimmering layers of guitar, bursts of twinkling keys and plaintive vocals. And while seemingly bearing a resemblance to Nick Drake, Junip and Sgt. Pepper-era Beatles, the song possesses a brooding and aching sense of nostalgia. 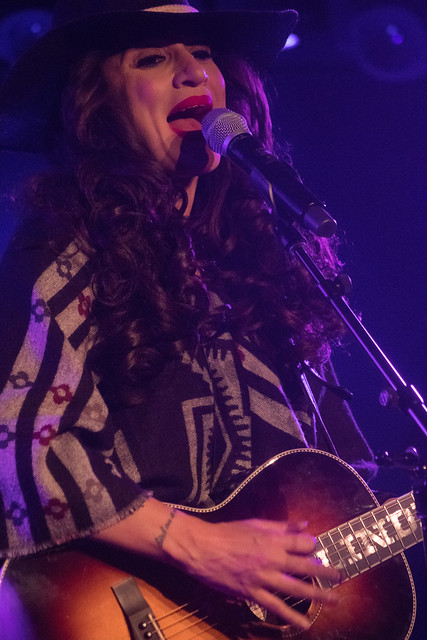 With the release of her first two singles “Touch” and “Almost Here,” which both amassed over 900,000 streams on Spotify, the Melbourne, Australia-based singer/songwriter, multi-instrumentalist and producer Annika Schmarsel, quickly exploded into the national scene with her solo recording project Alice Ivy. Adding to a growing profile, Schmarsel played Australia’s festival circuit, including sets at Strawberry Fields, Paradise, Queenscliff, Listen Out and NYE on The Hill, BIGSOUND and went on two national, headlining tours before a series of dates in Singapore and the States.

Slated for a February 9, 2018 release through Last Gang Records, Schmarsel’s forthcoming, full-length debut I’m Dreaming was written, recorded and self-produced in her home studio and features the up-and-coming Australian producer and pop artist collaborating with the likes of Georgia Van Etten, Cazeaux O.S.L.O. and Tim De Cotta, RaRa, E˄ST and Charlie Threads and ARIA Award-winning singer/songwriter Bertie Blackman, among others.  Interestingly, I’m Dreaming‘s latest single “Chasing Stars,” a collaboration featuring Bertie Blackman can trace its origins to when Schmarsel met Blackman while they were both opening for Urthboy, and they quickly bonded over a mutual appreciation of each other’s work. As the story goes, Schmarsel reached out to Blackman with a slickly produced instrumental track that featured shimmering and soaring synths, trippy blasts of horns and thumping beats that that reminded (and gave) Blackman the sensation of flying. And although Schmarsel typically takes the reins of the entire creative process, she let her collaborator take the lead lyrically; in fact, Blackman’s tender and aching vocals add a yearning quality to the endeavor, with the ARIA Award-winning artist’s lyrics reaching for something that’s just beyond her grasp.

“’Chasing Stars’ is one of my favorite moments on the album,” Schmarsel explains in press notes. “Being given the opportunity to work with Bertie was a dream come true for me. The dynamics of the instrumentation are the perfect fit to the strong and sometimes fragile moments of Bertie’s vocals on the song, which are so rich with emotion and meaning. Bertie and I started writing it over email, however the finished song came together in a couple of hours in the Joyride’s studio above a pub in suburban Sydney. The vocal tracking only took three hours; however, the instrumentation is what took the longest. I’ve hung onto this song in demo form for about a year and a half now. Lyrically, ‘Chasing Stars’ is about Lincoln Beachey, the first man to do a loop to loop in an airplane. The music has many layers which depict the endless landscape of the sky.”

If you’ve been following JOVM over the last couple of years, you may be familiar with Dirty Ghosts, the solo recording project of its Toronto-born, San Francisco-based singer/songwriter/guitarist and creative mastermind, Allyson Baker. Baker has […]

If you’ve been following JOVM over the last couple of years, you may be somewhat familiar with Dirty Ghosts, the solo recording project of its Toronto-born, San Francisco-based singer/songwriter/guitarist and creative mastermind, Allyson Baker. Baker has had […]

Mixhell is a collaboration between Sepultura’s former drumer Iggor Cavalera and his DJ wife Laima Leyton. “Exit Wound” which features vocals from the Dillinger Escape Plan’s Greg Picot is the first single from the act’s much anticipated debut […]

As a blogger my email inbox gets inundated with requests to cover an ever-widening variety of artists, and I really can’t complain about that because I wind up getting introduced to a bunch of new […]