M for Montreal — M pour Montreal in French — is an annual conference, which takes place over the course of four days in late November in Canada’s second largest city. Since the inaugural conference back in 2005, M for Montreal has quickly expanded to feature a selection of over 100 emerging, buzz-worthy and/or breakout acts from across Quebec, the rest of Canada and internationally playing in showcases in Montreal’s top venues.

The annual conference also welcomes over 300 music industry professionals from Canada and internationally to Montreal for professional programming and networking tailored specifically for folks in the industry. This year, conference delegates will be able to attend a full slate of panels and workshops that address some of the most pressing issues, trends and talking points in the music industry today, including copyright in the Metaverse, the impact of international A&R, and the industry’s relationship with mental health, among others. The conference will also feature keynote sessions led by some of the music industry’s major players. including a keynote led by Sub Pop Records‘ CEO Megan Jasper.

The 17th edition also marks the return of additional activities and events for delegates to take part in throughout the conferences run. Past favorites like Music PEI Brunch Club, Artist Lab, co-presented by TuneCore and QUB musique and M for Marathon presented by SiriusXM all return this year. Of course networking is key, and there will be a variety of professional networking opportunities, including in-person mixers for delegates while in Montreal — and through the virtual M for Mixer platform. Additionally, partner delegates from Wales and the Czech Republic will be in town to present activities specifically for Pro badge holders.

Over the past few weeks, M for Montreal’s organizers announced the full lineup for the 17th edition, which will take place November 16, 2022-November 19, 2022. You might recall that back in September, the conference announced the lineup for its 2022 Official Selection series. The Official Selection series spotlights 29 of Canada’s most exciting, buzz-worthy acts. Up from last year’s total of 20 from last year’s lineup, this year’s Official Selection fully embraces the conference’s long-held values of equity and inclusivity, while featuring artists from a diverse spectrum of identities, backgrounds and genres.

M for Montreal recently shared the full lineup for its M for Marathon portion of its program, which will feature over 100 acts playing showcases in Montreal’s best — and most renowned — venues.

Your boy was invited back to cover the 17th edition of M for Montreal as a festival delegate. It’s my first international trip since the 15th edition of M for Montreal back in 2019. I’m honored and flattered by the opportunity. And understandably, I’m excited and looking forward to traveling again to meeting new people, networking, covering new, buzz-worthy acts — and most importantly poutine and smoked meat sandwiches.

Seriously though, I have to thank M for Montreal’s hardworking team, and their fantastic US publicity partner Marauder Group for the opportunity. Y’all best believe that I will take full advantage.

,M for Montreal’s team also just shared a playlist featuring songs from the Official Selection artists. Out of the 29 artists, I’m looking forward to catching:

With M for Marathon, I think I’m looking extremely forward to catching:

Of course, you should expect to see lengthy coverage of the festival here on this site in the upcoming weeks. There will also be quite a bit of posts across all of my social media profiles detailing the entire trip. So if you haven’t been following me before, here’s a good chance now:

Badges for the 17th edition are on sale — and are still available in three tiers:

Quantities are limited. But check out the following link for information and to purchase here: https://mpourmontreal.com/en/billetterie/ 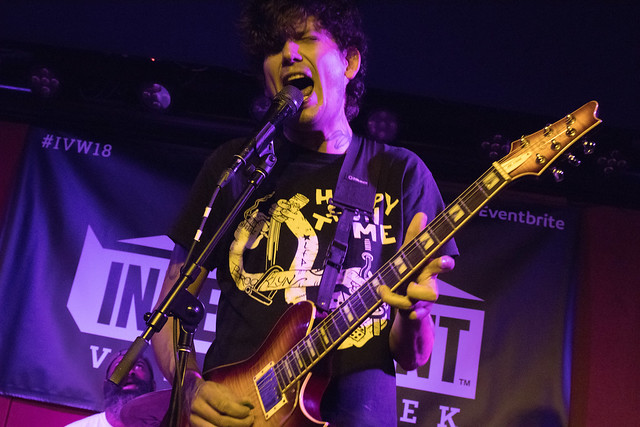