Born in Manhattan’s Lower East Side, Nicola Vasquez, a multi-instrumentalist and singer/songwriter who performs under the moniker Nicola grew up in low-income projects, sharing toys with her baby brother. Her father was a mechanic and her mother a nurse, and while neither was musically inclined, they shared their appreciation and love for all types of music with their children. “Music was always playing in our house . . . we grew up with the sounds of Nina Simone, Stevie Wonder, Joni Mitchell, The Beatles,” Vasquez recalls. When she turned 7, Vasquez started to learn the guitar; by the time she was 11, the piano, and by the time she was a teen, she attended the The Fiorello LaGuardia School of Art and Music and the Performing Arts, famously known as the school Fame was based on. She was classically trained at the Manhattan School of Music and Queens College, while studying dance and acting on the side. Shortly after graduating, Vasquez landed roles in the Broadway and National Road Companies of Les Miserables.

Leaving the theater to embark on a music career based around her own original material, Vasquez started her own record label Hot Cherry Records in 2002 and over the following few years,  spent time living and performing in Europe and South America, and touring across the US refining her sound, which can be best described as a sultry mix of pop, rock, soul and Latin music. With a the release of five independently released albums, the New York-born and -based singer/songwriter and multi-instrumentalist has seen her work chart on over 200 national radio stations, been featured on ABC, CBS and NBC News, Oxygen’s Bad Girls Club, MTV, VHI, Women Who Rock Magazine, Songwriter Universe Magazine, National Songwriter’s Hall of Fame, Songcircle Music and twice in Billboard Magazine’s Underground section, opened for the likes of Eve 6 and Edwin McCain and has even shared stages with Ricky Martin and Living Colour’s Muzz Skillings.

Over the past decade, Vasquez has simultaneously been a professional busker and musician, performing as part of the MTA’s Music Under New York program, where she’s managed to get crowds of busy New Yorkers to stop what they’re doing and listen to her perform. Yes, seriously. Now, it’s been some time since I’ve written about her — over the past couple of years, she’s been busy on the development and performance teams writing several original prospective Broadway-bound musicals; however, her latest single “Back in Pieces” will further cement her reputation for writing thoughtful, lush and anthemic pop but interestingly enough, it finds the JOVM mainstay with a much more stripped down approach and sound, reflecting the song’s deeply introspective and ambivalent nature. After all, the song ends with an open-ended question of what happens once you pick up the smashed pieces of a life, after heartbreak or some other traumatic experience and what it does to you. 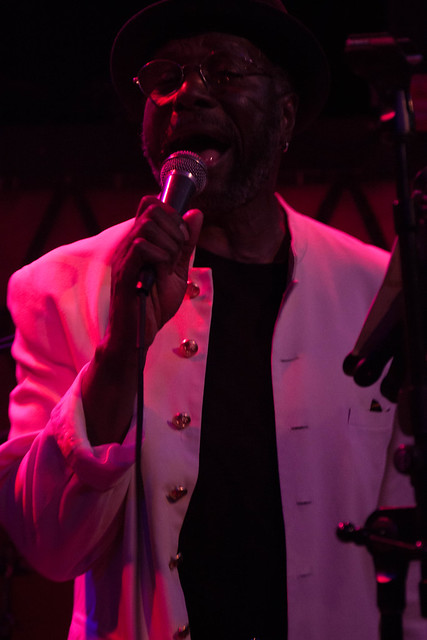 As a blogger, living in New York is admittedly one of the best things you can do; after all, the sheer breadth, quality and variety of music you can cover over the course of a […]