Co-founded by Ralf Hütter and Florian Schneider in Düsseldorf in 1970, Kraftwerk initially began as part of West Germany’s krautfock for a handful of years before fully embracing electronic instrumentation. With the release of their seminal and commercially successful albums 1974’s Autobahn, 1977’s Trans Europe Express and 1978’s The Man Machine, the act honed and developed a self-described “robot pop” sound centered around hypnotic rhythms and minimalist arrangements. Copious amounts of ink have been spilled about Hütter, Schneider and company and their massive influence, including how the act has managed to influence a number of genres and styles of contemporary music including hip-hop, synth pop, post-punk, ambient, techno and EDM.

Personally, Kraftwerk has been the soundtrack during my two trips to Europe. The first flight I ever took was a Lufthansa flight to Frankfurt-am-Main — and on that long flight, I played their Minimum Maximum album on my iPod and while on commuter train rides between Frankfurt and my hotel in Bad Soden. Trans Europe Express was the soundtrack of my trip to The Netherlands. And oddly enough, over the past year I’ve been madly obsessed with the Tour De France album.

Today has been a weird day emotionally. My mom had to have a hysterectomy as part of a course of treatment for uterine cancer. Because of COVID-19, I couldn’t stay at Mount Sinai with her, which had me feeling a deep and unrelenting sense of anguish.  I kept thinking of the fact that she was alone in that hospital. Thankfully, the procedure went well and she’s back home now. Before I picked her up, I learned that Kraftwerk’s co-founder Florian Schneider died after a brief battle with cancer. So I’m also a bit heartbroken. But i wanted to pay homage to Florian and his work; work that has meant quite a bit to me over the years. I stumbled across live footage of the band from the Minimum Maximum. Kraftwerk forever! Florian Schneider forever! 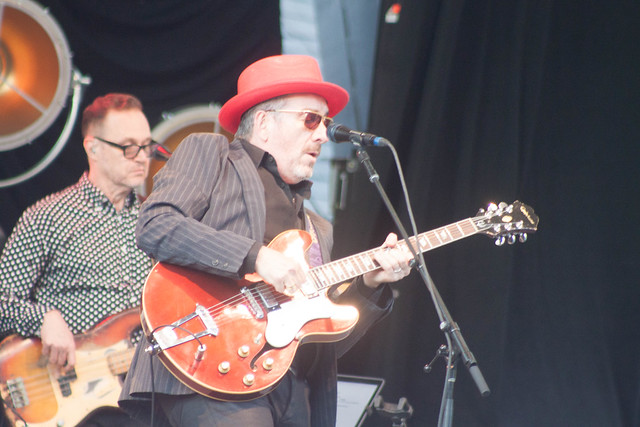 With its inaugural run back in 2014, Reykjavik, Iceland’s Secret Solstice Festival has quickly become one of Iceland’s largest music festivals, featuring a diverse and eclectic array of established and internationally recognized artists, locally renowned acts and up-and-coming artists from all over the globe, performing in one of the most unique backdrops in the entire world – the roughly 72 hour period of near constant daylight Iceland experiences during the Summer Solstice, because of its proximity to the Arctic Circle. (After all, Reykjavik is the northernmost capital and administrative region of the northernmost country in the entire world.) Building upon its growing reputation as one of the world’s most unique music festivals, the fourth edition of the festival may arguably be one of the biggest and most diverse lineups to date as it includes Foo Fighters, Rick Ross, the UK electronic act The Prodigy, The Verve’s former frontman Richard Ashcroft, Pharoahe Monch, Chaka Khan, Foreign Beggars, Dubfire, Novelist, Rhye, Dusky and Chicago house music artist Kerri Chandler. Along with those artists, some of Iceland’s renowned acts, including Högni, Úlfur Úlfur, Amabadama, Emmsjé Gauti, GKR, Tiny, Aron Can, KSF, and Alvia Islandia will be performing. And adding to the 72 hour party vibe, the festival’s organizers have planned a series of electronic dance music takeovers and showcases featuring some of the world’s best party crews – including Ibiza’s Circoloco, Above & Beyond Records’ deep house imprint Ajunadeep Records’ dance floor collective Crew Love, ATG and Dubfire’s SCI+TEC among others.
Interestingly, for the second consecutive year, Secret Solstice is currently the only major music festival in the world to be certified CarbonNeutral®, as the festival sources almost all of their power needs from the use 100% renewable geothermal energy, hybrid vehicles provided by Toyota Iceland – and from offsetting any residual emissions through the purchase of high quality, verified carbon credits. Unlike any other festival I’ve attended or heard of, festivalgoers and artists alike can know that they’re being environmentally responsible while partying and catching some of the world’s most interesting artists. Of course, during a multi-day festival like Secret Solstice, it’s difficult and damn near impossible to catch everyone and everything, so consider me as a helpful guide – with some information on artists I’d love to catch while in Reykjavik.

If you’ve been following this site at any point during its almost 6 year existence, you would know that I champion an incredibly diverse array of independent artists and labels from all over the world. And as a blogger and music critic, the ease that independent artists and labels can distribute and promote their music has been both wonderful and terrifying. It’s wonderful because independent labels often are at the forefront of reintroducing sadly forgotten yet influential artists or sadly forgotten artists, who were ignored because they were decades ahead of their time — and there are a bevy of artists, who are creating some incredible music that mainstream radio and media outlets just wouldn’t pay much attention to. Shame on them for not providing listeners and fans with the diversity and meaning that they so desperately seek. Let me make it clear, I have nothing wrong with the mainstream or mainstream artists. Jay Z is one of the greatest living emcees in hip-hop and no one can deny that. Beyonce has an incredible voice — and is one of the world’s most beautiful and desirable women. Adele has an incredible voice and I would pay to hear her sing the White Pages. Kanye West is one of the most influential artists and producers of contemporary music, not just hip-hop — and in my mind he’s a lock to the Rock ‘N’ Roll Hall of Fame. But let’s be honest here: those artists receive enough press for their music and exploits and my attention to them doesn’t really matter much.

Personally, I feel a responsibility to shed light on those artists that I think you as a reader would love and would have heard about if mainstream outlets and other sources were much more diverse. Now, if you’ve been frequenting this site over some time, you may recall that I’ve written about hip-hop act Atmosphere. Initially formed as as trio featuring Slug, Spawn D and Ant, the trio had been a part of the Headshots crew, a collective that also featured acts like The Abstract Pack, Phull Surkle, Black Hohl, Beyond. Back in the mid 90s, the collective’s profile was growing around hip-hop circles and building on the buzz that the Headshots crew was receiving, a much-anticipated compilation featuring tracks by each artist of the crew was slated for release.  Sadly, the compilation was never released and an opportunity for many of these artists to receive greater attention was squandered; however, to be fair, Atmosphere, in particular are beloved in indie hip-hop circles and they’re still quite prolific.

Atmosphere’s latest single “My Better Half” was written as a tribute to Slug’s wife, who he says he actually met at a German bar on a Wednesday. And as much as its about stumbling upon someone who perfectly complements you and understands you — to the point that you have your own language and rhythms; the song is also uses the same metaphor for how it feels to stumble upon something that’s your life’s calling. And much like Pete Rock and C.L. Smooth‘s “They Reminisce Over You (T.R.O.Y.),” the song possesses a deeply introspective feel — subtly thrown in is the sweet sense of amazement, wonder and gratitude that some larger force bestowed luck on you, as well as an acknowledgement that finding real and meaningful love is lucky and rare.

Live Concert Photography: Scott Sharrad and the Brickyard Band and Jaimoe’s Jassz Band  Brooklyn Bowl March 1, 2015 Last night, my buddy Howie and I braved a light dusting of snow, which quickly turned into […]