Mighty Oaks is a Berlin-based indie folk/folk rock act comprised of American-born Ian Hooper (vocals, acoustic/electric guitar, mandolin and ukulele), Italian-born Claudio Donzelli (vocals, acoustic/electric guitar), piano, mandolin, banjo) and British-born Craig Saunders (vocals, bass, mandolin).  The act can trace its origins back to early 2010.  As the story goes, after completing college, Ian Hooper relocated to Hamburg,  where he had begun working on material as a solo artist. While in Hamburg, Hooper met and befriended Craig Saunders, who was also working on material as a solo artist. Several months later, Hooper and Saunders met Claudio Donzelli at a small, acoustic music festival and the trio managed to keep in touch, bonding over a mutual interest in indie rock and folk rock.

The members of Mighty Oaks wrote, recorded, produced and self-released their 2011 self-titled, debut EP. Recorded in Donzelli’s apartment, the EP eventually amassed several hundred thousand hits on SoundCloud.  Building upon a growing profile, the trio self-released their first studio recorded EP, 2012’s Just One Day, which was distributed by Rough Trade Records. The band supported the EP with a busy touring schedule that included — a European tour, opening for Shout Out Louds; opening for Kings of Leon at the Waldbuhne in Berlin; and joining acts like CHVRCHES on Intro Magazine’s “Introducing!” tour of Germany. By the all of 2013, Mighty Oaks played a sold-out, headlining tour of Switzerland, Austria and Germany.

Early 2014 saw the release of their full-length debut Howl through Universal Records in Europe. The album was a critical and commercial success with the album peaking at #10 on the German and Swiss charts. The album also landed on the charts of several other countries. Additionally, several singles off the album charted. The band also made the rounds across the international festival circuit, playing sets at Melt! Festival, Montreux Jazz Festival, Latitude Festival, Way Out West Festival, Exit Festival and Valkhof Festival.

The band closed out 2014 with  the release of the Brother EP in the States, as well as a headlining European tour. And by the beginning of 2015, Howl was released in the States. The members of Mighty Oaks went on to play SXSW — and then followed that up with a Stateside tour with Milky Chance.

After spending almost two years of uninterrupted touring, the members of the band took the bulk of 2016 off, with each individual member temporarily returning to their home countries. They eventually reconvened at Ryan Hadlock’s Washington State-based studio to write and record their sophomore album, 2017’s Dreamers. The band supported Dreamers with a sold-out European tour during that spring, a fall North American tour and a follow-up, sold-out winter European tour. Interestingly, just before their winter European tour, the band self-released the four song Storm EP.

2018 was rather busy for the band: that summer, they played a number of major European festivals including Hurricane Festival, Southside Festival, Traumzeit Festival, Zermatt Unplugged and Milky Chance and Friends Open Air. They closed out the year by returning to the studio to write and record their third full-length album, All Things Go, which is slated for a February 2, 2020 release through BMG.

Last year saw the release of two album singles — album title track “All Things Go” and “Forget Tomorrow,” and building up buzz for the album, the band’s third and latest single is the contemplative  “Lost Again.” Centered around gently strummed acoustic guitar, swirling and atmospheric electronics, Hooper’s plaintive vocal delivery and a gorgeous bit of harmonizing that recalls Crosby Stills and Nash, the song focuses on a narrator, desperate to turn back back the clock a bit and iron out the wrinkles, mistakes and bad decisions he made when he was younger. “If I had known then, what I know now,” the song’s narrator seems to say in a moment of reflection. At the same time, the song and its narrator seem to acknowledge that he wouldn’t be the person he is right now, if it wasn’t for those mistakes and missteps. Things happen for a reason. And hopefully you learn from it and move forward with some wisdom.

The recently released video by Andrew Saunderson and no.odds features the members of Mighty Oaks performing the song, but superimposed over them are images of their past — mainly places they’ve seen and been, along with some beautiful shots of nature, which help create a sense of time flashing by. It’s as contemplative as the song while adding a hazy sense of nostalgia to the proceedings. 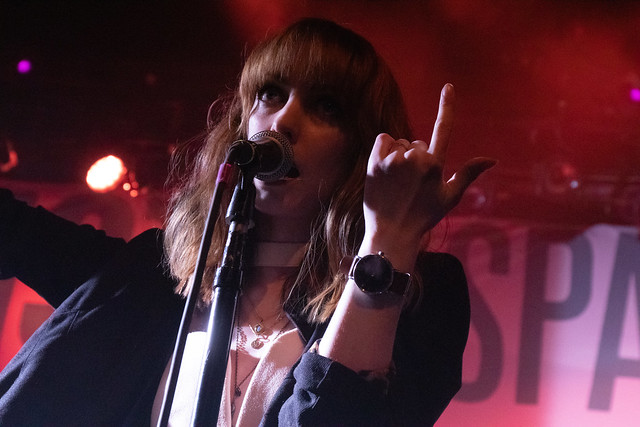