Influenced by Fleetwood Mac, Carole King, Janis Joplin, The Pretenders, Crosby Stills and Nash, Carly Simon, The Mamas and the Papas and First Aid Kit, Georgie is a 21 year-old, up-and-coming, Nottingham, UK-based singer/songwriter, who caught the attention of the folks at Spacebomb Records — the label home of Natalie Prass and Julien Baker — for a vocal style that sounds straight out of the mid 1960s and for a lyrical bent that belies her years. Her debut single “Company of Thieves” pairs her husky and soulful vocals with a wah-wah pedaled guitar, a strutting horn arrangement, a sinuous bass line, a steady backbeat and an infectious hook in a carefully crafted song that will remind most listeners of Amy Winehouse, Nancy Sinatra and others.

However, as the story goes, it wasn’t until a few years later, when Pazner was touring Greece and the Greek Islands when his true vision for the project materialized. After playing the Acropolis and swimming in the Aegean Sea, Pazner had a series of recurring dreams in which he was visited by an ancient, toga-clad, curly-haired Greek man, who told him to return home and build a “Temple of Sound.” And in that temple, Pazner was to retell the tales of Ancient Greece through music. Of course, considering the strangeness of those dreams, Pazner initially ignored them but since they were recurring and so vividly forceful, Pazner began to feel a decided urgency. When Pazner finished the tour, he returned to New York with a singular focus on completing The Olympians’ full-length debut and he immediately went to work acquiring the best studio equipment he could get his hands on. He then promptly followed that up by recruiting his Daptone Records friends  to help him flesh out the material that would comprise the collective’s self-titled album, slated for an October 28, 2016 release.

The self-titled album’s latest single “Apollo’s Mood” is a smooth, old-school soul inspired composition featuring the Daptone horn players, some of the best, contemporary horn players in the entire world paired with a twinkling, twisting and turning organ chords, a slow-burning and sinuous bass line, and a steady back beat. And although contemporary — in the sense that the musicians who composed and recorded the song are contemporary — the song sounds and feels as though it could have been recorded in 1963. 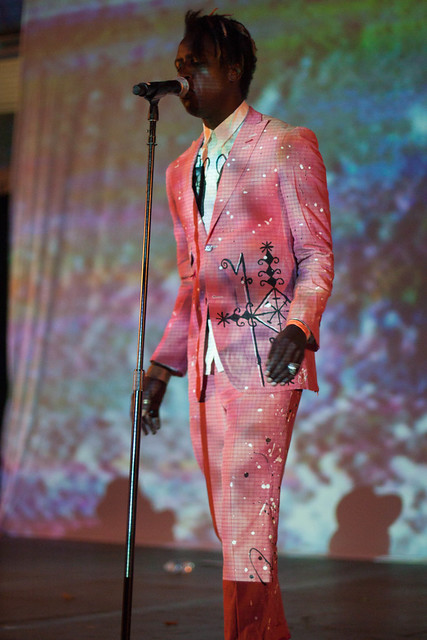 Interestingly, Changes’ third full-single “Good To Be Back Home” has Bradley at his most pensive, as he reflects on the emotional and spiritual whirlwind of his life over the past 6 years, a period that has seen him become an internationally recognized artist playing in front of adoring crowds all over the world and the death of his mother among other things. And as a result the song manages to be one of the more ambivalent songs Bradley has ever released as the song is both a triumphant and weary — triumphant in the fact that the song’s narrator can admit pride over being able to perform in front of adoring crowds but wearying in the fact that he’s hurt over the death of his mother, and there’s the subtle implication that no matter how successful you could be, you still somehow wind up alone. Perhaps Thomas Wolfe was right, you could never go back home again, as there’s a point in which you’ve changed way too much — or things have changed to the point that it doesn’t resemble anything you remember. Sonically speaking, the song continues along the path of its preceding singles as the single leans towards psychedelic soul — in particular think of The Temptations “Papa Was A Rolling Stone,” James Brown’s “The Payback” and others as it’s a slow-burning and moody song.

The recently released music video is shot in a gorgeous and cinematic black and white and splits its time between footage of Charles Bradley and the Extraordaires performing on stage in front of adoring crowds, giving hugs to fans, pensively walking through his Brooklyn neighborhood and hanging out at home. The video arguably gives the most complete picture of Bradley as a public figure and everyday person.

With the release of his latest album Radius, Seattle, WA-based soul singer/songwriter Allen Stone has firmly cemented a burgeoning reputation for crafting uncompromising music that defies pop music conventions — and as a result, not only has the Seattle-based singer/songwriter received attention across the blogosphere, he’s recently been invited to play at Stevie Wonder’s British Summer Time show next week, which will most likely add to a growing international profile. And to celebrate a set of European shows and his addition to the Stevie Wonder show, Stone and his backing band released a video performing a slow-burning, Quiet Storm-soul cover of Goyte’s mega-hit “Somebody That I Used to Know” at Bear Creek Studio that actually possesses a deeper sense of the confusion, heartache, guilt, accusations and bitterness within the song than the original in mind; in fact, when Stone sings the line “you didn’t have to stoop so low,” I guarantee that you’ll feel punched the gut.

“Halo” The Elle’s latest single pairs beatsinmybackpack’s soulful production consisting of shimmering and twinkling keys, boom bap drum programming with The Elle’s cooly self-assured and sultry vocals portraying a narrator, who’s urgently, stupidly, foolishly and proudly in love — of the sort, in which you see your object of desire and love as being the most perfect creature on earth. Sonically speaking, the song manages to channel golden era hip-hop, classic hip-hop soul and neo soul and J. Dilla simultaneously but with a gentle cosmic sheen — and while being incredibly sensual.

Queen Alone may be Nicole Wray’s first full-length effort in some time; however, Wray is reunited with the original backing band from Lady Wray’s early days, along with Big Crown Records’ Leon Michels and Daptone Records Tom Brenneck handling production and as Wray explains in press notes the album is a “reflection of my soul. It’s who I am today. ” And as a result, the material on the album is inspired by the singer/songwriter’s life. The album’s latest single “Do It Again” is reportedly is a story about a failed relationship, as well as the story of a cherished and revered intimacy that the song’s narrator is desperate to re-enter regardless of the consequences on her heart and soul. Sonically speaking the song manages to channel What’s the 411 and My Life-era Mary J. Blige and bolstered by the Daptone Records famed horn section paired with silky smooth vocals.

Primarily comprised of its creative masterminds and founding members Daniel and Jenna Watters, Austin, TX-based indie soul act The Watters can trace their origins to when the band’s founding members met as children. As the story goes, they first met while playing on the same pee wee football team in Sedona, AZ that Jenna’s father coached — although they did attend rival grade schools. The duo eventually went to high school together and at that point, began a collaboration that can trace its origins to when the duo performed together at their high school graduation and then fell in love; in fact, they’ve performed together for over 12 years, written together for over 8 and have recorded 6 albums together while in the Denver, CO then Nashville, TN-based nationally touring act The Oak Creek Band.

Now writing and performing together as The Watters, the duo’s forthcoming debut effort Great Unknown was influenced by Daniel and Jenna’s own personal experience. As Daniel Watters explains in press notes: “The concept of the Great Unknown came to us while we were in transition between Nashville and Austin. We were living in Sedona, AZ with my folks for three months having left Nashville and had no idea where we were moving to. Our bassist was going to move to California and so were we, but we happened to stop in Austin on our way back and fell in love. We were so torn on what to do, but we trusted our instincts and made the hard decision to leave our musical brother and start a new life in Austin. The Great Unknown is [about] the power of intuition and the beauty in uncertainty. Instead of finding fear in the unknown, I find it easier to see the beauty and opportunity in the unknown. Our move to Austin was a complete leap of faith, but a year later we are very happy here and feel an overwhelming support system here.”

Recorded at Cacophony Recorders, Great Unknown features some of the Austin, TX area’s best and most renowned musicians including Band of Heathens‘ Trevor Nealon, Golden Dawn Arkestra‘s Joe Woullard and Zumbi Richards and Erik Hokkanan and was recorded live to tape to best capture the band’s live sound.  Album title track and first single “Great Unknown” has the band pairing Muscle Shoals soul with 70s AM rock — a soulful horn arrangement and Jenna Watters’ effortlessly soulful vocals are paired with jangling guitars and gently propulsive drumming, along with a careful and deliberate attention to craft. Lyrically, the song focuses on two very different things -taking a big chance on your dreams with the hope that things will come out in your favor but also on something that people often forget, sometimes you can’t fight the tide; things will sort themselves out in their own time and in their own way even your own dreams.