Copenhagen, Denmark-based multi-instrumentalist and producer Brian Batz has received both national and international attention with the release of four full-length albums with his solo recording project Sleep Party People, and as you’ll hear on “The Sun Will Open Its Core,” the latest single off his soon-to-be-released new album Lingering, Batz specializes in a breezy psych rock/psych pop that’s reminiscent of Oracular Spectacular-era MGMT and early 80s synth pop and New Wave — in particular, think of The Buggles‘ “Video Killed the Radio Star;” however, underneath the hook laden song’s breeziness is a bilious bitterness, frustration and growing doubt of humanity’s empathy and kindness.  As Batz explains “I got really frustrated and emotionally upset when the whole refugee debate in Denmark was at its highest. I felt extremely indignant in terms of how society dealt with this problem. Normally I don’t go into politics, especially not in my music, but this was kind of inevitable.”

“I don’t get how people can reject human beings, who are fleeing from their destroyed homes and cities. What if it happened to us? Wouldn’t we do the same and ask for help and do whatever we felt necessary? We should be able to help each other even if we don’t agree on religion, politics or what we eat and wear. It puzzles me that some people out there can’t see the reason in helping. I had to write a song about this. Period.” And as a result, the song feels like an urgent plea that we all can — and must — do better, to help anyone in need; that it’s the truly human thing to do. 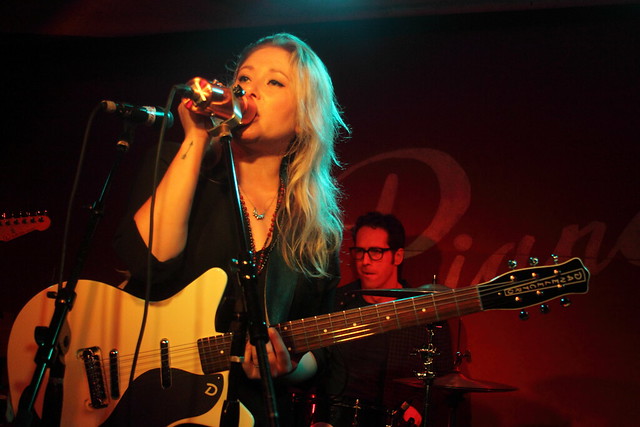 Originally founded as duo by its founding members Sarah Kinlaw and Bryan Keller, Jr., SOFTSPOT has evolved over the years into a quartet of friends with a long history of collaboration and creativity. Blake Bateh (drums) was recruited to join the band during the writing and recording of last year’s MASS, while Jonathan Campolo (synths) was recruited to flesh out the band’s live sound during the tour to support MASS.

Clearing, the quartet’s forthcoming full-length album, slated for release later this year will mark the band’s first full-length effort as a quartet as the material reportedly focuses on themes of exposition and openness as a means for connection and progression.

As the band explains in press notes, the forthcoming album’s first single “Abalone” stems from a desire for solitude and stillness and a tension between that desire and the urge for outside connection — and as a result, the single is a tense yet spectral song comprised of persistent drumming paired with syncopated bass chords, shimmering guitar chords, twinkling synth chords reminiscent of The Buggles‘ “Video Killed the Radio Star,” swirling electronics and Kinlaw’s lilting and ethereal vocals floating over the tense instrumentation to craft a song that feels like a feverish dream before it dissipates like smoke into the ether.