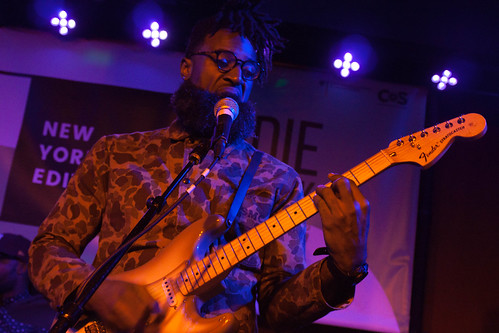 Dittrich’s latest single and EP title track “Petrichor” is a gorgeous and moody production in which Sophie Lindinger’s breathily ethereal and aching vocals are paired with a contemporary and slick production consisting of twinkling keys, layers of shimmering and buzzing synths, ominously swirling electronics, stuttering yet tweeter and woofer-rattling beats and a distorted vocal sample and reveals that the Russian-Austrian-based producer and artist has been experimenting with his compositional approach and his sound to incorporate organic instrumentation. And the result is a song that feels and sounds stately and cinematic while being dance floor ready — and interestingly enough manages to channel Octo Octa’s Between Two Selves and the aforementioned Bonobo, but wth a bracing, winter chill.

The recently released music video is a fittingly cinematic video that features footage of Lindinger pensively singing the song while looking out towards a rainy, cloud and fog strewn day; the sort of grey that envelops its environment; simultaneously, we view Dittrich walking around, day dreaming — all in situations in which men are felt to feel small and insignificant.

“AAA” is the Austrian quintet’s latest single off Young and sonically it’s a song that nods at Kid A, Amnesiac, and Hail to the Thief-era Radiohead as shimmering guitar chords, stuttering drum programming, swirling electronics, twinkling keys and a lush string arrangement with Österle’s tender and aching falsetto expressing a deep yearning for more while possessing an underlying uncertainty at its core. Interestingly enough as the band’s frontman David Österle explained about both the song and its video treatment: “I think that the world is a place, where we can dare to pretend. ‘AAA’ deals with that basic feature of the human condition. We fake it till we make it, and thereby go (at least sometimes) astray in the plethora of metamorphoses in that societal masquerade. I think that by assuming different roles we ourselves are fulfilling the requirements of the economy, demanding excessive flexibility and changeability. As a result we all feel like faceless puppets sometimes.

“We wanted to make a video that visually underscores this figuration of identity as a permanent process of self-inventions. The video is much about showing people in different perspectives. The images are blurry, sometimes they are overlapping and merging together seamlessly. What the lens captures, is actually the performance of a performance, the play in a play.”

TEEN, a quarter comprising of the Lieberson sisters – lead singer and multi-instrumentalist Teeny, keyboardist Lizzie, drummer Katherine and bassist Jane Herships – will be releasing the Carolina EP on May 28th. Carolina is a follow-up to their debut […]