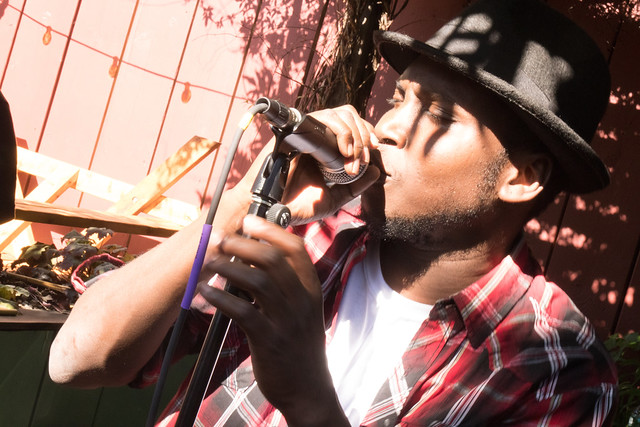 Unless you’ve been living in an isolated Tibetan monastery, located in a cave you’ve likely been made familiar with the Athens, GA-based  The B-52s, who since their formation over 40 years ago by founding (and surviving members) Fred Schneider (vocals), Kate Pierson (vocals, keys), Cindy Wilson (vocals) and Keith Strickland (drums, rhythm guitar) have a long-held reputation for a sound that draws from 60s garage rock, New Wave, post-punk and dance music, complete with the guy vs. gal, call and response vocals. Copious amounts of ink have been spilled on the band throughout their run together, so it won’t be necessary to delve deeply into the band’s history; however, over the past few years, the band’s Cindy Wilson has embarked on a solo recording career that has managed to be an almost complete departure from her primary gig’s imitable and deeply influential sound.

Earlier this year, I wrote about “Ballistic” off her Supernatural EP a single, which revealed that as a solo artist, her sound nodded at much more contemporary sources — i.e., the anthemic and trippy electro pop of Gary Numan, Tame Impala, Air and punk pop, complete with pulsating synths. And interestingly enough, much like the Supernatural EP,   Wilson’s forthcoming solo debut Change, which is slated for a November 17, 2017 through Kill Rock Stars Records was produced and engineered by PacificUV’s and Dream Boat‘s Sun Lyons, and continues her collaboration with some of Athens’ finest and most acclaimed, contemporary, young musicians — including Easter Island‘s and Monahan’s Ryan Monahan, Ola Moon’s and PacificUV’s Lemuel Hayes, and powerkompany’s Marie Davon. “Mystic,” Changes’ first single continued on a similar vibe as “Ballistic,” as “Mystic” was a icily retro-futuristic and dance floor friendly blast of synth rock/New Wave over which Wilson crooned and cooed seductively rather than her world-renowned belting and shouting from the mountains. And what makes the song compelling is that it finds the Athens, GA-based legend at her most adventurous and mischievous while being an earnest and sincere exploration of more contemporary songwriting.

Unsurprisingly, Changes’ latest single, “No One Can Tell You” continues Wilson’s further exploration of contemporary sound and songwriting — although the album’s latest single manages to nod at 80s synth pop and early house and the neo-disco sounds of Escort, Midnight Magic and others, thanks to four-on-the-floor-like rhythms paired with layers of shimmering and propulsive arpeggio synths and ethereal yet infectious hooks. Of course much like the preceding single, the song features Wilson crooning and cooing seductively in a dance floor-friendly track.

Now, if you’ve been frequenting this site throughout the course of its seven year history, you may have come across a post or two featuring the up-and-coming New York-born and now Los Angeles-based pop artist and multi-instrumentalist  Beca. Receiving classical training at Juilliard, the New York-born, Los Angeles, CA-based pop artist forged her own path away from her formal training as she sought out opportunities to explore avant garde electronic music, compose for amplified string instruments and NYC’s underground club culture — all of which had been influences on her and her later work.

Since 2012, Beca has released two EPs through British label This Is Music Music, Ltd., self-released her full-length debut Ecliptic in 2015 and worked with Midnight Magic‘s Morgan Wiley. Beca has received praise from the likes of Flaunt, Galore Magazine, Lucky Magazine, received airplay from over 50 stations nationally including NPR’s “The Essentials” and KCRW, and she’s had her work remixed by the likes of Ashley Beedle, Klic, Night Drive and others.  Along with that, Beca was once a finalist in the International Songwriting Competition and the John Lennon Songwriting Contest. And adding to a growing profile, the up-and-coming artist has played at CMJ, SXSW, Miami Fashion Week, Sundance Film Festival, POP Montreal and NXNE and she’s toured across the US, Europe and Mexico.

Beca’s latest effort, the Blake Robin and Fabian Ordorica-produced, six song EP, In Deep Love is slated for release on September 15, 2017 and the album finds the up-and-coming New York-born, Los Angeles-based artist further cementing her reputation for crafting material that draws from 80s and 90s synth pop paired with lyrics influenced by mythology, classical music, film, art, romantic stories and her own personal life. EP title track and lead single “In Deep Love” is a shimmering and propulsive, club-banger that sonically seems indebted to Giorgio Moroder-era disco and 80s freestyle but while dance floor friendly, the song is under-pinned by a bitter heartbreak — the realization that you may have to let go of someone you love and accept the idea that there won’t be a future with that person. And while it may be painful, it’s the best thing for both people involved.

As a child of the 80s there is a rather lengthy list of songs, artists and albums that have profoundly influenced and transformed my life — in particular David Bowie, Talking Heads, Madonna, DEVO, R.E.M, […]

Comprised of Zinzi Edmundson and Jesse Kivel, the Los Angeles-based duo Kisses have developed a reputation for crafting records that had been intentionally and conceptually cohesive synth pop — with both Edmundson and Kivel assembling […]

Electro pop artist Beca graduated from The Juilliard School and began touring the world, performing with a number of renowned artists while developing her own unique sound and voice. With the release of her first […]

Brooklyn-based electronic rock artist Jake Courtouis performs under the moniker Koortwah, and he recently produced a forthcoming EP titled, The Wilderness with Matt Thornley of LCD Soundsystem at DFA Studios. Courtouis enlisted the help of two […]

Midnight Magic just released their anticipated debut effort, Walking the Midnight Streets on Tuesday, and to celebrate the release of the album, the band released a rare B side, “Threshold,” which has elements of House and techno. […]

New York-based artist Beca broke out big time with the release of her single “Let’s Run Wild,” which got praise from XLR8R and Stereogum. Her latest single, “Born to Fly," which is a bit of sexy […]

Midnight Magic is a nonet and includes members of several DFA Records bands, including a former member of LCD Soundsystem. Fronted by Tiffany Roth, the band has burned up clubs and gotten quite a bit […]