With the release of their debut effort In The Red, Los Angeles, CA-based thrash punk trio Zig Zags –comprised of Jed Maheu (guitar/vocals), Caleb Miller (bass/vocals), and Dane Arnold (drums) — quickly received attention for a blistering, face-melting, no-bullshit thrash metal/thrash punk aesthetic that sounds as though it owes a massive debt to early 80s Metallica, Slayer, Iron Maiden and others. “The Sadist,” the latest single off the soon-to-be released Running Out of Red will further cement the trio’s reputation for pairing scuzzy, face-melting, ass-kicking power chords guitar pyrotechnics, propulsive drumming and shouted vocals. It’s the sound of kids with very little options, shitty lives and shittier jobs, playing in garages and basements, wishing for something — hell, anything to happen to break up the tedium of their lives. 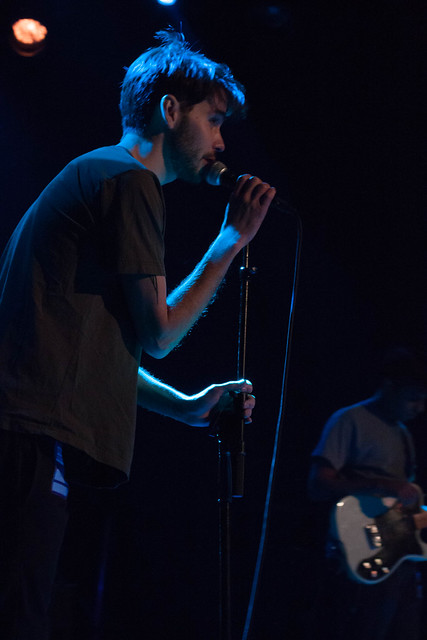 Nashville, TN-based singer/songwriter and multi-instrumentalist Jas Patrick can trace the origins of his music career to when he was a small child — at four, Patrick had started playing drums and by the time, he […]

Comprised of Michael Lemmo (guitar and vocals), Benjamin Borland (bass) and Kenny Cash (drums), the Los Angeles, CA-based alternative rock/indie rock trio LEMMO specialize in radio-friendly and anthemic power chord rock as you’ll hear on their latests single “Alright,” which interestingly enough bears an uncanny resemblance to Lifehouse‘s “Hanging By A Moment” — but with a shimmering bridge that sounds indebted to The Smiths, giving the song enough of an indie rock edge to have been played on 120 Minutes.

Comprised of Lindsey Troy and Julie Edwards, the Los Angeles-based  grunge-rock duo Deap Vally can trace their origins to when Troy and Edwards met in 2011 at a crochet class. The duo’s debut effort Sistrionix was […]

If you’ve been covering and following music as long as I have, the NYC-based quartet The Giraffes are a band that you’ve likely encountered in one way or another over the years — mainly for […]

The Atlanta-based quartet Starbenders can trace their origins to when founding members, frontwoman and guitarist Kimi Shelter and drummer Katie Heron met at a wilderness therapy camp for troubled teens. The duo of Shelter and […]