Gothenburg, Sweden-based electro-pop trio Kristoffer and the Harbour Heads have developed a profile across Scandinavia and elsewhere for crafting expansive, experimental electro pop that’s been compared favorably to the likes of Menomena. Woods and […]

With the release of her previous single “Ghost,” up-and-coming Gothenburg, Sweden-based singer/songwriter, indie electro pop artist and producer Mira Aasma has quickly received national attention in her native Sweden, as well as attention across the UK for a sound that’s been compared favorably to the likes of Florence and the Machine as Aasma’s earliest releases possess a maturity and self-assuredness that belies her relatively young age of 19. Aasma’s latest single “Whale Song” off her self-produced, forthcoming EP Stereoscope pairs the Swedish pop artist and producer’s coolly self-assured vocals with dramatic, thumping industrial beats, swirling electronics, shimmering cascades of synths in a sweeping and cinematic pop song that sounds indebted to early Depeche Mode — in particular think “People Are People” — but with a sense of introspection and perspective that can only come from profound and hard-fought experience.

José González is a Gothenburg, Sweden-based indie folk singer/songwriter and guitarist, who quickly rose to international prominence as both a solo artist and as a member of the indie electro folk act Junip, as well […]

A couple of weeks ago, I wrote about Gothenburg, Sweden-based indie electro pop trio WILDHART, and with the release of “Stuck In A Second,” the trio comprised of  Ylva Homdahl (vocals), Kiwi Berg (synths) and Josefin Runsteen (drums) quickly […]

With the release of “Stuck In A Second” the Gothenburg, Sweden-based indie electro pop trio WILDHART, comprised of Ylva Homdahl (vocals), Kiwi Berg (synths) and Josefin Runsteen (drums), have quickly developed a reputation in their […] 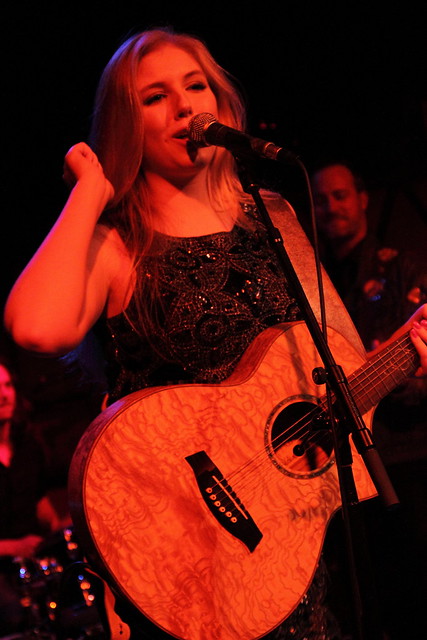 Comprised of Jimmy Jönsson (vocals), Stefan Aronsson (synths and programming) and Per Linnerblad (synths and programming), the Stockholm, Sweden-based electro pop trio Red Cell can trace their origins to when the band’s founding duo of  Jönsson and Aronsson formed the back during the winter of 2002-2003. Deriving their name from a character that appears in the TV series Nikita, the duo recorded their first demo “In Command” a few months after forming, and it was released to praise in the Swedish press for an industrial metal sound.

Stefan Aronsson, who played guitar on their first single was recruited into the band along with another member on synths and as a newly constituted quartet, the band’s sound became much more synth-based. After recording two more demos — “I Am The Way” and “Related Skin,” which received national attention, the band entered the Swedish demo-contest Quest For Fame and won a recording contract. And although the band eventually turned down the recording deal they won, with a growing national profile, the quartet toured around Sweden and started playing regular gigs in Copenhagen, Denmark, which begun to expand their international profile across Scandinavia.

By January 2005, the Swedish electro pop quartet had signed with Torny Gotberg’s Gothenburg, Sweden-based Progress Productions, who released their commercially successful full-length debut effort, Hybrid Society that September. The album peaked at number 7 on the Swedish metal charts and at number 53 on the National charts. A national tour to support Hybrid Society followed, along with the band’s first gigs in Norway.

The band’s last effort Lead or Follow was released in 2008, and as you can imagine across Sweden and the rest of Scandinavia, the news of their forthcoming third, full-length release, slated for release sometime next year has been long-anticipated. Although currently untitled, the album’s first single “Taking Back The Crown” is an anthemic bit of synth pop that sounds indebted to Depeche Mode‘s “People Are People” and “Policy of Truth” as well as The Human League‘s “Don’t You Want Me?” as layers of undulating synths are paired with propulsive drumming, enormous arena-friendly hooks and plaintive vocals.

With the release of their first two singles “Brontos” and “Snowboy,” Emmecosta, a Gothenburg, Sweden-based electronic trio have quickly received attention across the European Union and elsewhere for a dreamy, jazz-based electro pop sound that evokes the sensation of being half-awake and walking home from the club as the sun is rising. And over the past few months, the Swedish electronic trio’s profile has been on the rise as they’ve received praise from several internationally recognized websites and publications including Clash Magazine, Vice’s Noisey and Complex — and they’ve seen increasing radio play from Scandinavian radio stations P3, P4 and YleX, as well as several others across the globe.

“Thousands of Me,” the third and latest single from the Gothenburg-based trio is a moody track consisting of handclaps, stuttering and skittering drum programming, sparse piano chords and a mournful horn line. Sonically speaking the song seems to draw influence from Portishead, Amnesiac-era Radiohead and Chet Faker — and much like the work of those acts, “Thousands of Me” has confessional and deeply personal feel, while delving deeply into the psyche of its narrator.

Orange Red is the musical project of Gothenburg, Sweden-based multi-instrumentalist Jonas Love, who has largely been influenced by shoegaze, 90s pop, Brian Eno and Angelo Badalamenti — and as a result, “Ocean,” the title track and latest single off his soon to be released EP, Ocean is comprised of twisting and turning synth chords, shimmering guitar chords, ethereal vocals and drum programming. Sonically, the song reminds me quite a bit of Dream Koala’s Odyssey EP as it has a hauntingly dreamy feel that belies it’s overall moodiness.

Other than the fact that the Gothenburg, Sweden-based duo Heart/Dancer is comprised Linnéa Atieno and Joakim Buddee, little is know about them; in fact, Googling them only brings their Facebook fan page, which doesn’t reveal much if […]